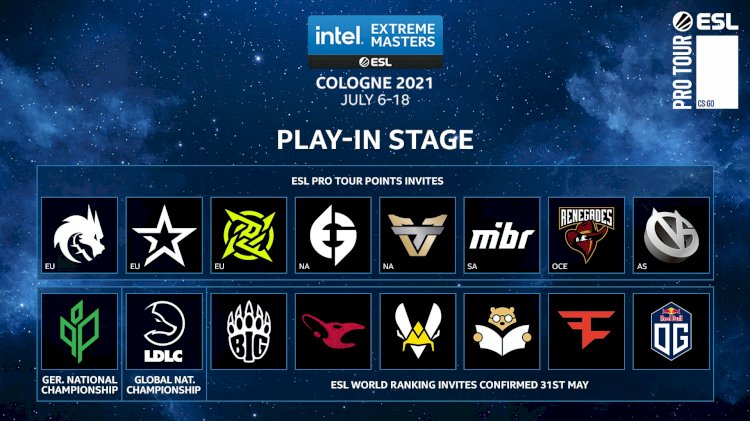 The tournament organiser has finalised all the sixteen teams that are set to be seen at the play-in stage of IEM Cologne. Only the top 8 teams from play-ins will move further into the main stage on the 8th of July next month where they will be batting out for the shiny prize pool of $1 million.

According to the recent update of ESL World Rankings, the organiser has sent out invites to Vitality, FaZe, OG, Bad News Bears, LDLC, and mousesports. These six teams will join the other ten teams who will play in a double-elimination bracket on July 6 and 7 at the play-in stage. 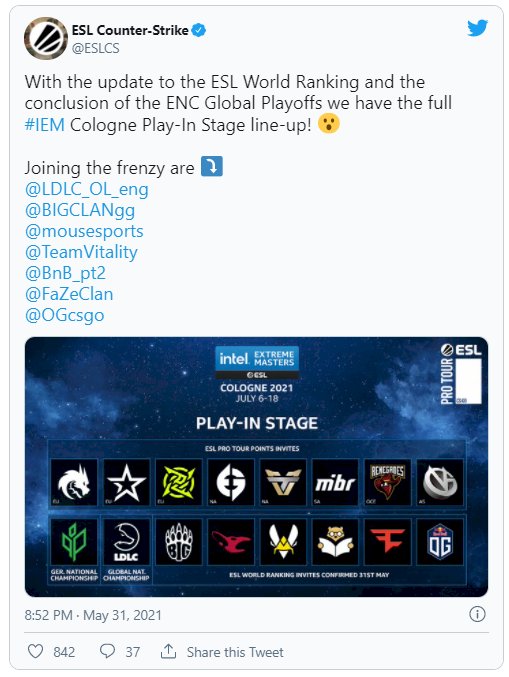 The main event already has teams like Astralis, Heroic, Na'Vi, Virtus.Pro, G2, FURIA and Liquid where they will be joined by the teams coming from Play-ins.

ESL intends to host the event on LAN without an audience, but the tournament organiser will make a final choice after assessing global health and travel conditions since we are in the middle of a pandemic.