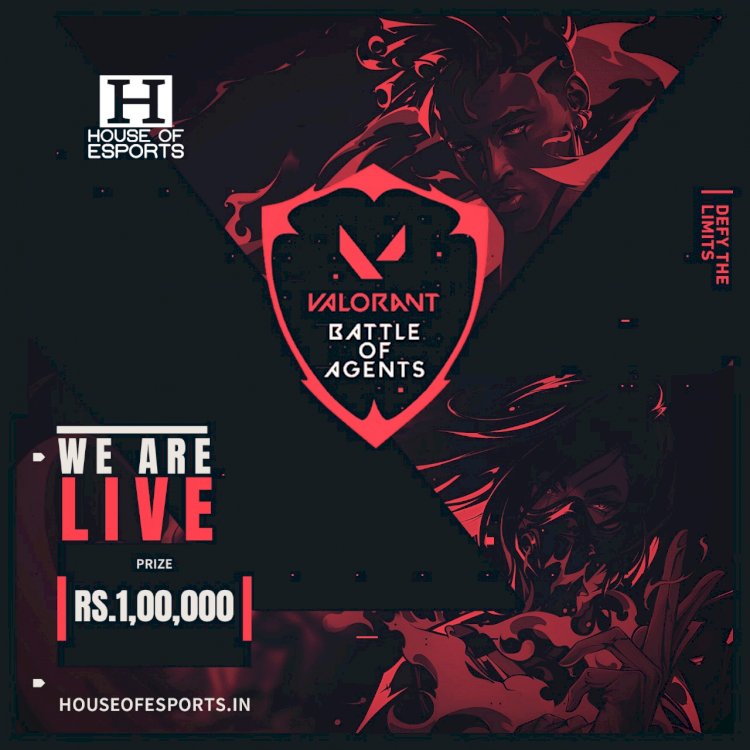 Valorant, the Riot's FPS is certainly a title that been quite an attraction for the Esports audience of India. It has relatively strengthened its foothold than what it was a while ago. House of Esports, in association with Immortals India, recognise the growth of Valorant and have announced 'Battle Of Agents'.

Jitesh Kharat, CEO & Founder of Immortals India Gaming Enterprise, said: “We plan on making this tournament in a way for many teams to emerge and make a name for themselves by showing off their skills at a competitive level and along with this we also believe this will blow up the Valorant scenario even more than it already has in India.”

Battle Of Agents boasts a shiny prize pool of INR 1,00,000 with 128 teams participants picked on first come basis. Registrations are completely free and will be carried out from 5th Feb. - 11th Feb. on the official website. Right after the registrations, the tournament begins on 11th Feb. itself and will run through till the 27th Feb.

The lower bracket of the tournament will be a best-of-one while the Semi-Finals and Grand-Finals will carry a best-of-three format.