Heroic inaugurated as Partner Team of the ESL Pro League and Louvre Agreement. 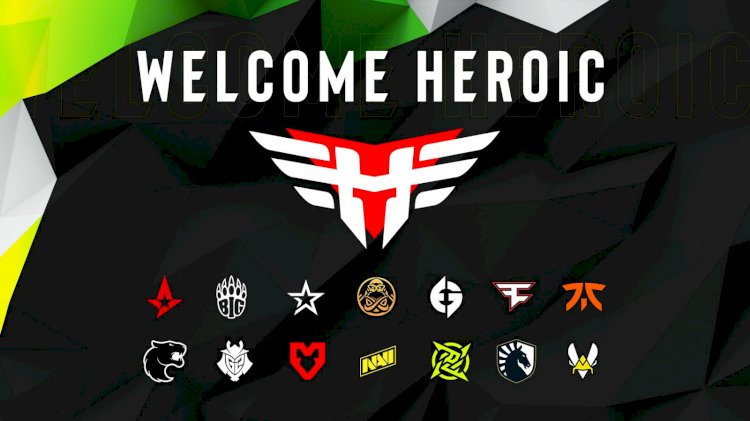 Top esports team Heroic have today been inaugurated into the ESL Pro League’s historic ‘Louvre Agreement’. They were one of three successful teams who each applied for a spot in the Louvre Agreement during the recent Request for Proposals (RFP).

Heroic was accepted into the ESL Pro League in 2021, but due to the disruption caused by the events and timing of their subsequent ESIC inquiry, the members of the ESL Pro League and the new leadership of Heroic both agreed to delay the team’s official start date until the second half of 2022. This was to enable the new leadership adequate time to address the outcome of the investigation and implement their new strategies and standards. With the formalities of the inquiry complete the organisation has now been officially and formally welcomed into the league pursuant to a unanimous vote by all existing members.

“Joining the Louvre Agreement is an incredible step forward for Heroic. We are really pleased about the members’ confidence in our organisation’s value contribution. We truly believe that the integrity, professionalism, and collaborative nature of the Louvre Agreement, combined with our internal changes and commitment to growth, marks the start of a new and prosperous era for Heroic.”

“As the Commissioner, I am delighted to finally and fully welcome Heroic into the fold of the ESL Pro League. They are a high performing roster backed by a high performing leadership and executive staff, and will no doubt add a new and positive dimension to the group. I look forward to more great finishes a la Season 13’s jaw-dropping Cadian Clutch as well as creative discussions with the backroom team as we drive the Louvre Agreement to its full potential.”

ESL Pro League Season 16 kicked off earlier this month, with the Conference Stage of the league taking place at DreamHack Summer in Jönköping, Sweden. Between June 16-20, sixteen teams competed for further advancement, with six slots to the Group Stage, where Heroic and the remaining fourteen Partner Teams await.

PUMA enters Indian Esports as an official kit partner of...