Heretics hopes to qualify for VCT Masters Stage Two Reykjavík and eventually make it to the Champions event in Berlin. 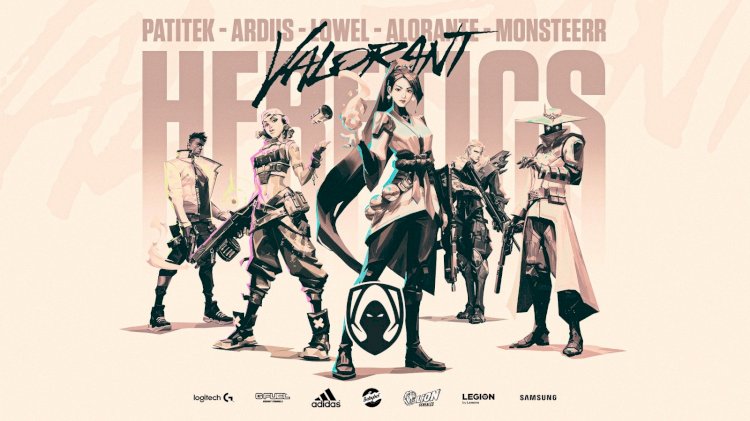 Felix “al0rante” Brandl is the latest addition to join the wing of Heretics. The Spanish esports organisation has now rounded up their squad with this recruit.

Al0rante is relatively new to the competitive scene, having started earlier this year with Volvo Peek from where he departed last month after triumphing at Rix.GG VALORANT Open March.

According to vlr.gg statistics, Felix has relied mainly on only two agents Raze or Sage in his last few matches. 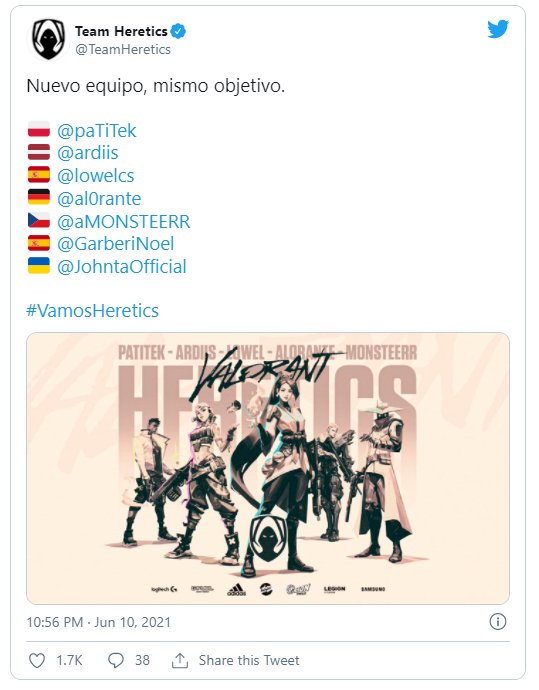 To complete the roster Ardis "ardiis" Svarenieks and Patryk "paTiTek" Fabrowski came from G2 Esports, while Ondej "MONSTEERR" Petr arrives from LDN UTD. Christian "lowel" Garcia is the only member from the old roster who has been retained by the organisation and will now continue his adventure with this new team.

This is Heretics attempt to once again invade the scenario in order to qualify for the VCT Masters Stage Two Reykjavík and eventually make it to the Champions event in Berlin which will be held towards the end of this year.