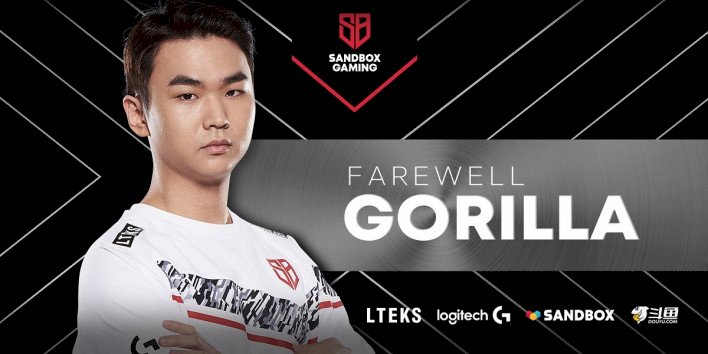 SANDBOX Gaming announced today that they are parting ways with Kang “GorillA” Beom-hyun on a mutual decision. SANDBOX Gaming will have a new captain for the coming 2021 LCK season.

“We thank his contributions to our team both as a captain and a reliable support,” Sandbox said. “We wish him the best of luck for the future.”

Moving into the new season, plenty of contracts have expired and a lot have become a free agent. GorillA is one of the first to move to that state.

GorillA fielded SANDBOX banner for a year long run in the 2020 season, he managed to set synergy with the bot lane partner Moon “Route” Geom-su and the team managed to see success in 2020 but only to an extent. Despite the synergy, the team laidback placing 7th in the LCK Summer Split. SANDBOX didn't make it to the grand World Championship either.

GorillA is an insane talent and one of the notable players of the scene. However, by the looks of it, the organisation couldn't do any great with it which puts up GorillA for taking in the market.

It will be interesting to see where GorillA chooses to head next, since his invasion in LoL in the year 2013, he's been one of the consistent players in his role.

Enjoy Call of Duty: Mobile with Night Mode maps for a limited time