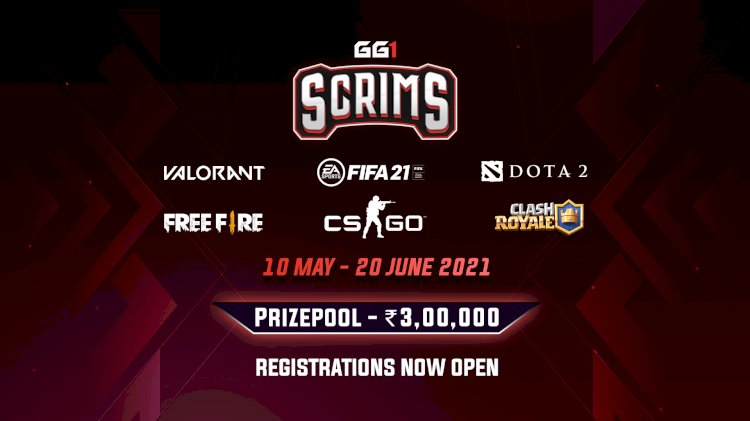 Media and digital entertainment company GoodGame1 has announced its first event of 2021 called 'GG1 Scrims'. The event will be running for a total of six weeks and boasts a prize pool of INR 3,00,000 (3 Lakhs). Gamers around the country will be seen competing in six games - Valorant, FIFA 21, CS:GO, Free Fire, Clash Royale, and DOTA 2.

Particularly, this event targets the grassroots of the competitive segment with "semi-pro" and "amateur players" of the country. In the initial stages, the top ranked players from each game will be restricted from competing. However, once the competition proceeds they will be joining in at a later stage.

Nikhil Dalvi, the Esports Lead at GoodGame1, said: “GG1 aims to create an environment which is accessible to amateur teams and independent players right from the grass root level. Moreover, with esports being recognised as an official sport in international forums, our platform aims to scout and nurture talent who can develop their skills, and explore esport as a career option. This activity is purely being done to develop the community across multiple game titles and for multiple publishers, eventually becoming the hub for gamers to connect and compete.”

The release added, "GG1 aims to work with the top players in the near future and create platforms where the challengers can compete with the top ranked, and democratizing opportunities and competition."

The tournament organiser has revealed several restrictions for each game the league is featuring to keep the competition very well segregated from the top rankers which can be found below. 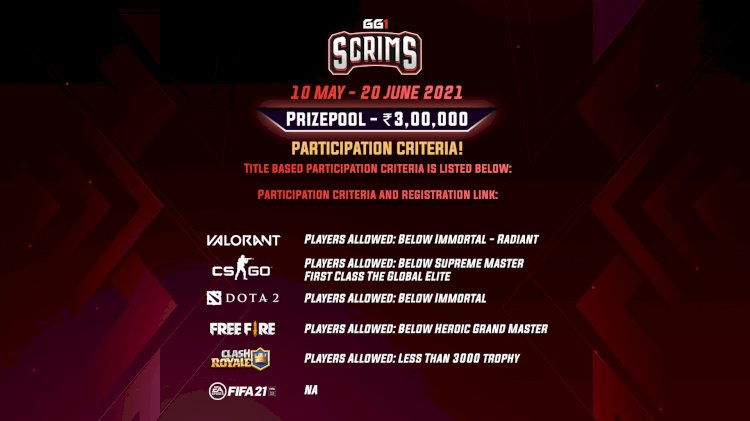 VALORANT and FIFA21 matches have already started. The one who wishes to participate can visit the registration link and for more updates around GG1 scrims or the upcoming events make sure to stay posted with their Discord and Instagram.