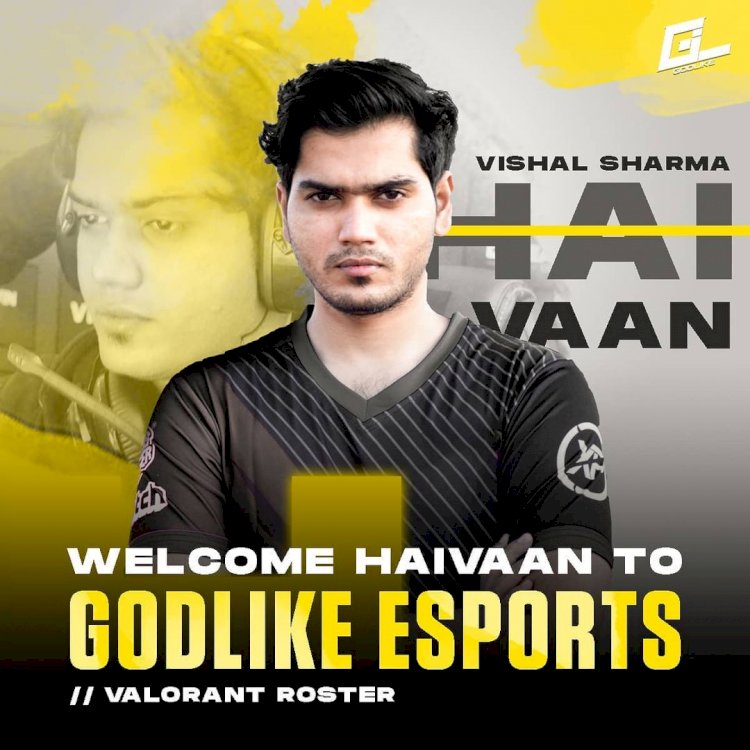 Most of us know who GodLike Esports is, but for the ones who don't - GodLike Esports was founded by popular streamer Chetan "Kronten" Chandgude and it expanded to VALORANT back in November 2020 with the acquisition of FaR Esports.

Since then, the initial roster has seen a few changes to the original lineup. Most noticeable one was the addition of Debanjan "DEATHMAKER" Das to the squad. DEATHMAKER was picked up from Global Esports and now GL has added another notable former national Counter-Strike personality, Vishal "haiVaan" Sharma.

HaiVaan has followed what most of the Counter-Strike: Global Offensive (CS:GO) pros of the country have been doing - transitioning to Riot Games' FPS shooter. 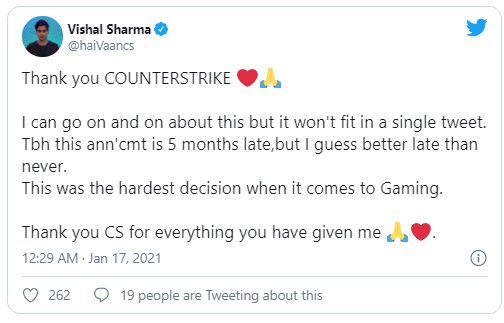 The former CS:GO pro officially did conclude his journey by making a heartwarming announcement on Twitter. "This was the hardest decision when it comes to Gaming," haiVaan said. "Thank you CS for everything you have given me". 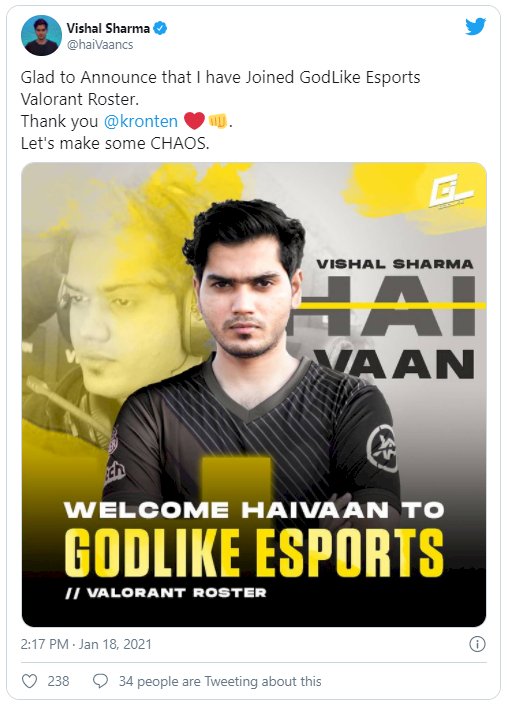 HaiVaan will be likely stepping in to fill the void that was created by Jigar 'sMx' Mehta, the Sova main who parted ways with GodLike Esports.

With haiVaan alongside DEATHMAKER, the current GodLike roster packs a formidable look. However, time will only tell how the squad will perform on paper.

The newest recruit makes GodLike Esports field a six-man-roster and here is how it looks:

God Particles' desire comes true as they get signed by...