Global Esports Valorant division is on a roll with three consecutive tournament victories and INR 6,00,000 in Winnings 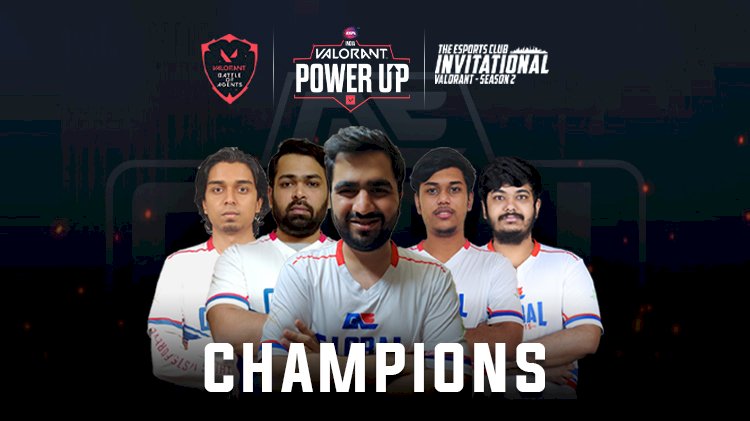 Global Esports (GE) and its HellRangeR (IGL) powered Valorant roster is one of the top teams in the country. The GE squad was facing the second place curse, mostly falling at the hands of Team Mahi who seemed to be the most dominant force in the region. However, the last three days took a different course for the GE Valorant squad, the second-place curse was broken and Global Esports are winners of three tournaments consecutively - Battle Of Agents, TEC Invitational Valorant Season 2, and ESPL Valorant PowerUp India. 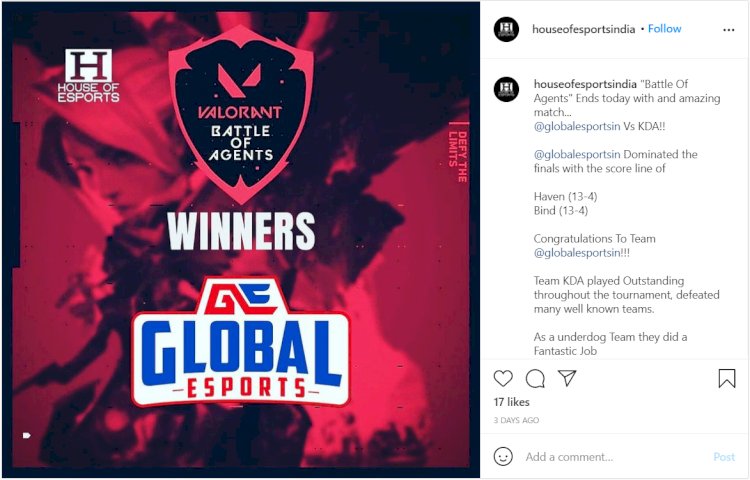 The Battle Of Agents win was a comfortable one for GE, they faced-off the underdogs Team KDA and secured a 2-0 win in a best-of-three with a 13-4 scoreline on both the maps of Haven and Bind. 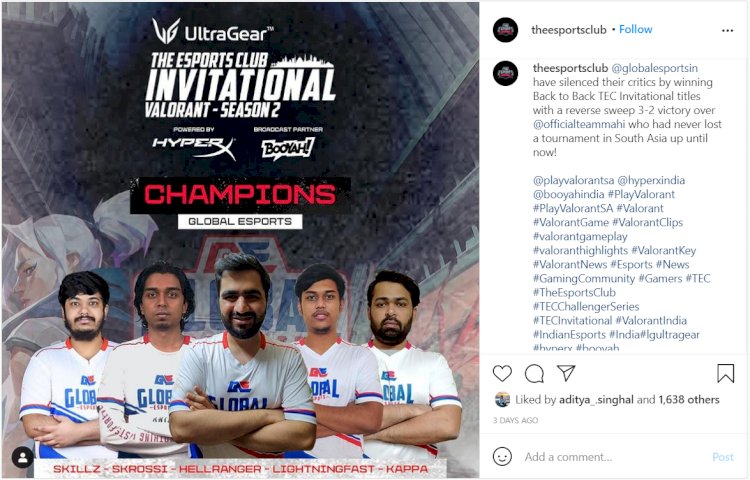 Moving on to the TEC Invitational Valorant Season 2, it was a battle between two of the strongest teams where Global Esports met their old friend Team Mahi (TM). Finals were a best-of-five and Team Mahi had a 2-0 map lead. This is where MVP of the tournament Ganesh "SkRossi" Gangadhar turned up big time along with the rest. A neck to neck series finally ended in favour of Global Esports confirming the reverse sweep with a 3-2 win and handing Team Mahi with their first-ever loss of the South Asian region.

ESPL Valorant PowerUp India finale witnessed El-Classico once again, Global Esports vs Team Mahi. This time around, GE was overpowering TM since map 1 itself, starting with the map of Haven where the score was 13-0.

The second map Bind was initially an uncertainty for both the teams but Team Mahi clutched the map and equalled map scores to 1-1 with a 13-10 victory. This was the only map Global Esports lost in the tournament.

However, the next map was the go-to map for GE, Icebox, which was won with a 13-8 score while the fourth map Ascent was the final map of the tournament as GE triumphed it with 13-4 to secure the third tournament win in a row.

With more tournaments lined up on the horizon, 2021 is perhaps going to be the most ambitious year for the GE Valorant roster.