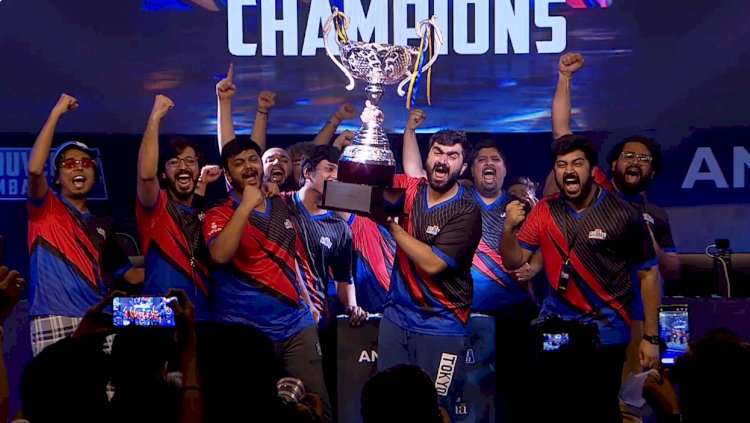 Esports in India is currently witnessing the return of traditional LAN events post-pandemic. The previous week saw the holding of India's first BGMI LAN event, while Skyesports hosted the country's first-ever Valorant LAN tournament for the last four days, which finished today with Global Esports (GE) winning the best of five finale with a swift 3-0 victory over Enigma Gaming (EG).

Both are the top teams of the Indian region and have been against each other quite some times in the past. In fact, today's triumph saw GE return what they went through in the third iteration of Skyesports' own event, the WD Black Cup Season 3, where EG overcame GE in the finals with a 3-0 scoreline. 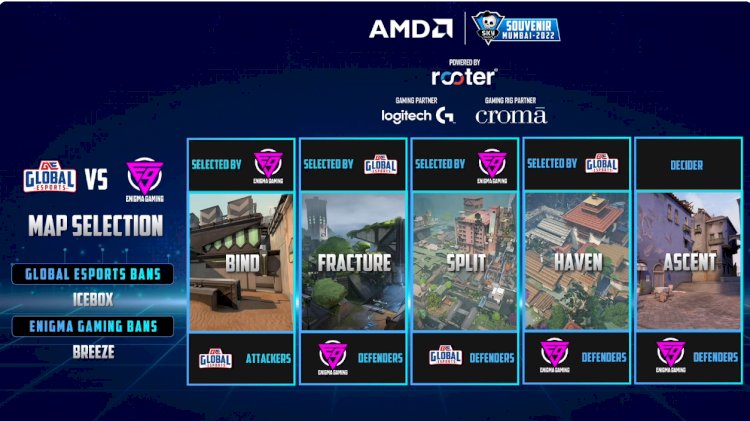 By the looks of it, in the matchup which was contested in front of a limited live crowd, the Global Esports team held the upper hand at all times. Players like Akshay "KappA" Sinkar and IGL of the team Bhavin "HellRanger" Kotwani, both have a long esports history with plenty of LAN experience, which was evident throughout the tournament. With Jayanth "skillZ" Ramesh, Abhirup "Lightningfast" Choudhury, and the star player Ganesh "SkRossi" Gangadhar completing the lineup, the squad went all out to win.

Global Esports dominated the first two maps, BIND and Fracture, with scores of 13-5 and 13-6, respectively, to take an early 2-0 series lead. The third map Split turned out to be the most intriguing one from the series, as GE got out again to a hot start with a 7-5 first-half win, eventually establishing an early 11-7 lead - only two rounds away from the title. However, this is exactly where Enigma Gaming collected their wits and launched a full-fledged comeback to force not one, but two overtimes, although in the end, it was GE who remained composed and closed the map 16-14, concluding into a 3-0 series triumph and engraving their name on the trophy of the first-ever Valorant LAN in India.

We at Skyesports are super excited to bring you the Official VCT Stage 2 SA Challengers! A golden opportunity for the teams from South Asian region to represent in VCT Global circuit!

The next event for which every South Asian team will be aiming is definitely the VCT Stage 2 SA Challengers Qualifier, for which Riot Games has chosen Skyesports as the Tournament Organiser this time. There's no news on whether it'll be a LAN event or not, but we'll let know as soon as there is a word around it from Skyesports.