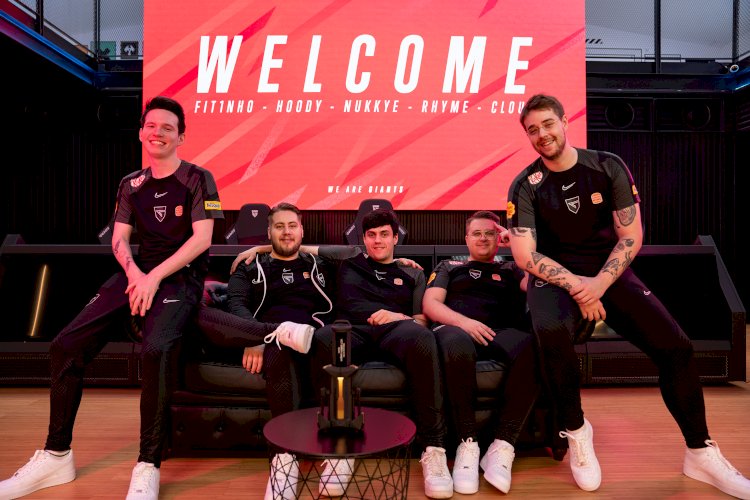 The esports club Giants, located in Málaga, presents the team that will compete in the Valorant Champions Tour (VCT), the most important competition of the popular video game published by Riot Games. This roster is made up of Fitinho, Nukkye, Hoody, Rhyme and Cloud. This quintet of players will be led by Pipson, who will act as head coach. Giants have assembled an ambitious squad for the first season of the VCT that kicks off in early 2023 and that will bring together the best esports clubs in the world.

There's an icon, old acquaintances, and interesting stakes in the Giants Valorant team. Coach Daniil Meshcheriakov 'Pipson' returns to the Spanish club after competing in G2 Esports. Same path as Aaro Peltokangas 'Hoody', who signed for the same European organization after a successful time with Giants and now returns to the entity that catapulted him in 2021. From G2 also comes Žygimantas Chmieliauskas 'Nukkye'. Completing the block are Emir Muminovic 'Rhyme' (ex Gen.G), Kirill Nekhozhin 'Cloud' (ex Navi) and Adolfo Gallego 'Fitinho', emblem of Giants and a reference in the Spanish scene of Riot Games’ shooter and of national esports in general.

"We have designed a very competitive team, with a lot of hunger and a lot of potential, especially in the offensive aspect. We are also very versatile and can adapt to multiple situations. We are sure that these players will be able to compete one on one against any rival in the league", says David Alonso 'Lozark', head of esports. "People like Pipson and Hoody, who have already done very well here, will bring experience. Rhyme has great leadership skills and Cloud has enormous projection. Nukkye also has very remarkable abilities and has performed on big stages. With Fitinho there are no words, he is the best player in Spain and one of the best in Europe", adds a Lozark who also praises the mental aspect of the bloc: "They have all worked in important organizations and know what it means to compete at the highest level".

The Giants roster has been made known through a communication campaign that contains numerous actions on social platforms, web and email marketing, live broadcasts on Twitch, sale of a fashion drop designed for the occasion, creation of exclusive content, raffles for fans and the publication of a special audiovisual piece. The spot 'HackerBox was here' is the core work of this release and is sponsored by Diesel Only the Brave.

This eighties aesthetic video makes different references to the cinema and video games of the aforementioned decade, as well as some nods to the Valorant community. The protagonist of the spot, inspired by the hacker from the acclaimed work 'Kung Fury', sneaks into the Riot Games database to 'delete' the names of the new Giants squad to prevent leaks when the Global Contract Database goes live on the 11th November. A high-quality production that gives meaning to the communication campaign, its nature and the actions linked to it.

Mauri D. Galiano, film director who has worked with Real Madrid, Telefónica, ONCE, Burger King or El Corte Inglés, among other prestigious brands, has directed the piece. Mauri D. Galiano was also the director of the spot 'Everything has changed', with which Giants launched its rebranding in May 2021.

The quintet already knows the tournament in which it will debut. It will do so in the Valorant Clash Tournament organized by G-Loot and which will take place from November 25 to 27. This friendly event marks the premiere of the Giants Valorant team. The official competition, on the other hand, begins in mid-February 2023. Sao Paulo (Brazil) will bring together all the VCT competitors for a tournament that will be the first contact. After this event, Giants will play their league from Berlin against the rest of the opponents and will seek a place in the Masters and the Champions, the next two phases of the VCT. In this link you can find information about the format.