The organisation announced on their Facebook they are releasing their roster

"With the cancelling of Dota 2 Minor and Major tournaments of the season due to safety concerns, it is very difficult for us to continue with the indefinite delay for TI10 and Dota Pro Circuit," Geek Fam added in its post.

"With no updates to the Dota Pro Circuit up until now, we have decided to put a pause on our Dota 2 journey," the post continued. 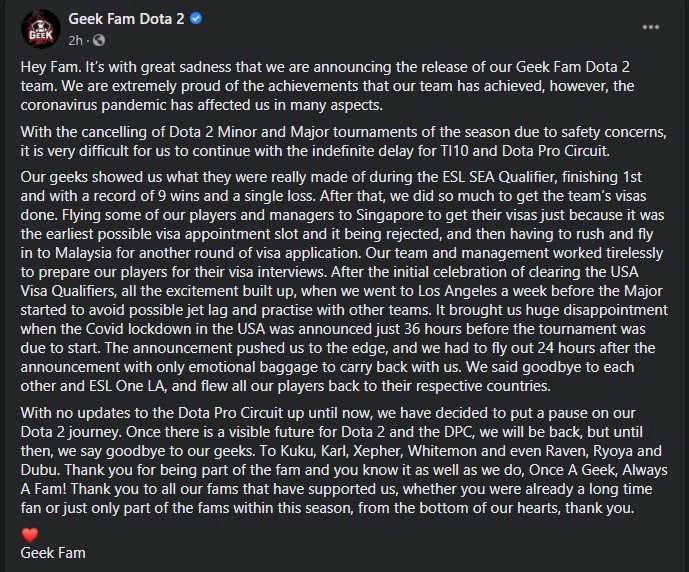 GeekFam has assured fans that they will be back when they have some clarity about the scenario, "Once there is a visible future for Dota 2 and the DPC, we will be back, but until then, we say goodbye to our geeks."

Geek Fam and their time in Dota 2 for about three years, had become noticeable lately as they became one of the prominent team SEA region had to offer.

They were crowned as champions of One Esports SEA League and BTS Pro Series Season 2: SEA. Geek Fam’s last tournament is the on-going ESL One Thailand 2020: Asia where they finished 8th place with having Abed on carry role as their former teammate Raven moved to Fnatic.