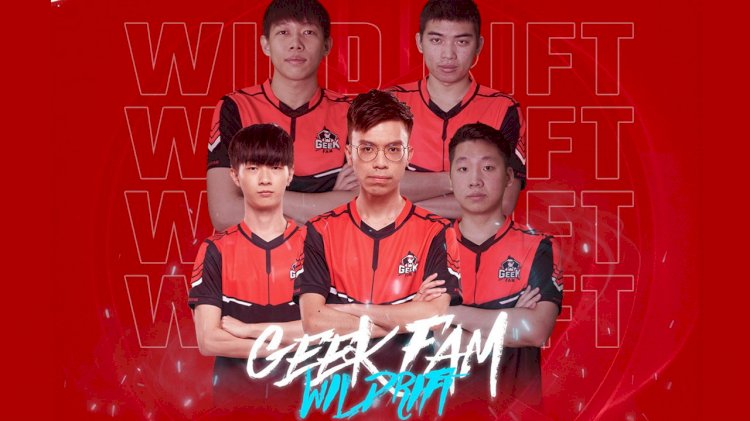 Geek Fam has eventually decided on a lineup for their Wild Rift squad after months of looking for and testing out players. The organisation revealed their official lineup on its socials.

OzoraVeki and Rumpel are popular Mobile Legends veterans of Malaysia, off which OzoraVeki was once LoL players for Climax Esports before transitioning to mobile gaming. Starting with the game Mobile Legends in the mobile space, these two further adapted their skills to Wild Rift.

Both are now picked up by Geek Fam's Wild Rift division alongside another retired PC pro NyX who comes from League of Legends (LoL). During his LoL days, he fielded for Kuala Lampur Hunters and was formerly known as 13Ghost or Xiii.

The roster sees the inclusion of two new faces as well - Momo and TheShang. They currently don't have any competitive experience on record but combining them with other teammates of sheer experience they are already showing solid results.

The roster has been playing together for a while now and was victorious in one of the ESL Open Series 2021 Malaysia. With Captain OzoraVeki, the roster is currently readying for the upcoming Wild Rift SEA Icon Series: Preseason.