Free Fire fans in India are going to get an in-game character called Jai who is based on Bollywood superstar - Hrithik Roshan. 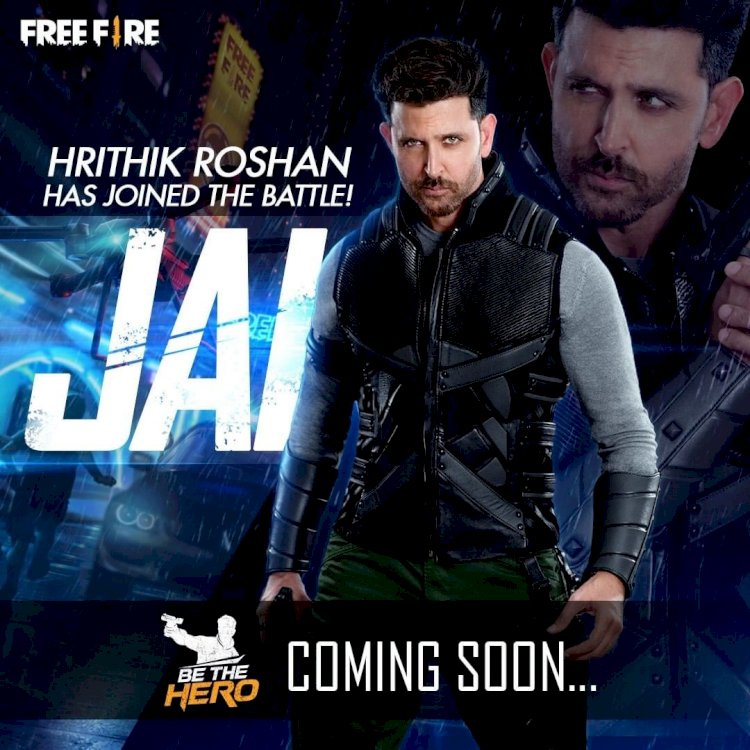 Hrithik Roshan, the 46-year-old superstar who is known for his illustrious career of over two decades in Bollywood and numerous blockbusters starting with Kaho Na Pyaar hai, Dhoom 2 to the recently released WAR will be now a character in Free Fire called as Jai, confirmed on their official Instagram post.

The wait is finally over! Straight from the movie screens to Garena Free Fire, Hrithik Roshan joins Free Fire as Jai. ⚡⚡ And we've come to hear that Jai might just have a challenge for you to #BeTheHero! How excited are you? Tell us in the comments below now! #FreeFire #IndiaKaBattleRoyale #Booyah

India holds as one of the largest Free Fire Communities with a dedicated server for the country. It was about time to have an in-game character of our own resembling the grounds of India. After all, Brazil has Luqueta/Alok and Thailand has Kla.

As far as we can make out from trailer released on their official handler and the things we know, Jai is a SWAT agent by profession and is Delhi based, capable of carrying out dangerous tasks in volatile environments. Jai’s appearance in the trailer seems to replicate Hrithik’s role in movies such as Bang Bang! and Kites where his in-movie character is also named as Jai.

Jai to have a special skill called ‘Furious Reload’ which will let Jai automatically reload his weapons once he runs out of bullets. The ultimate skill will work on possibly almost everything except crossbow or launcher and once the skill is used it will go on cooldown for a restricted time.

There’s no firm word about when Jai will be officially released but it is currently cited as “COMING SOON...”, it is very likely that Jai will witness release bundled in the next update.