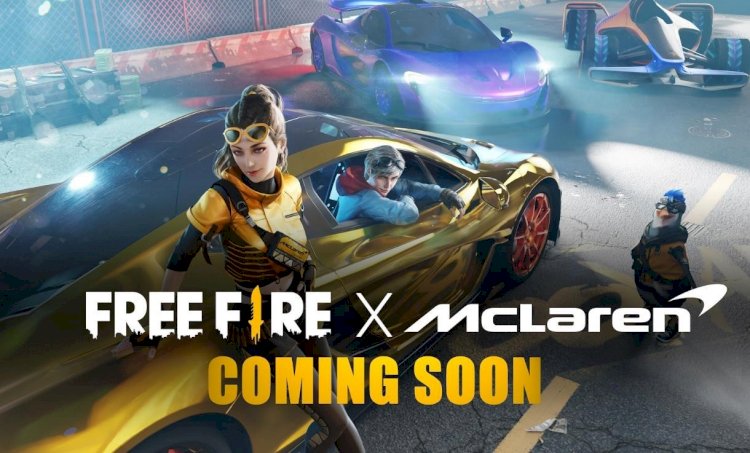 Free Fire will deliver McLaren's vision for Grand Prix racing through an exclusive collaboration – MCLFF – an abbreviation for McLaren-Free Fire. The design in collaboration with the McLaren Racing design team, takes inspiration from other McLaren race cars, including the MCL35M.

The McLaren P1™ is designed, engineered, and built to be the best driver’s car in the world, while the MCLFF will represent McLaren’s vision of the future, where Grand Prix racing meets the age of advanced technology.

Mark Waller, Chief Commercial Officer, McLaren Racing, said: “We are thrilled to be collaborating with Free Fire for an in-game McLaren Racing integration. Our fans are always looking for ways to connect with our team and this integration gives this accessibility in a new and exciting way. It’s a brilliant collaboration in a time when gaming is only continuing to grow, and McLaren wants to be a part of that growth!”

Harold Teo, Producer for Free Fire, said: “Both the MCLFF and McLaren P1™ are signature cars and represent the innovation and leadership that McLaren stands for. To bring these elements into Free Fire is something that we are truly excited about.”

With this crossover, McLaren fans will be able to enjoy driving the signature cars in the Free Fire universe. They can choose their favourite in-game car with the MCLFF & McLaren P1™ look and drive around Bermuda, Kalahari, or Purgatory and battle in style!

“We look forward to our players enjoying the best of McLaren in Free Fire. Collaborations like this allows us to deliver new experiences for current players and interest others to try Free Fire out,” Harold added.

A race track will also feature in Free Fire’s Training Island, where players can take their cars out for a test drive.

Ace the Field with the McLaren x Free Fire collection

McLaren Formula 1 racing driver Lando Norris, as a gamer himself, will feature in this collaboration. Fans can expect to catch Lando Norris throughout the campaign, with more details to be revealed at a later date.