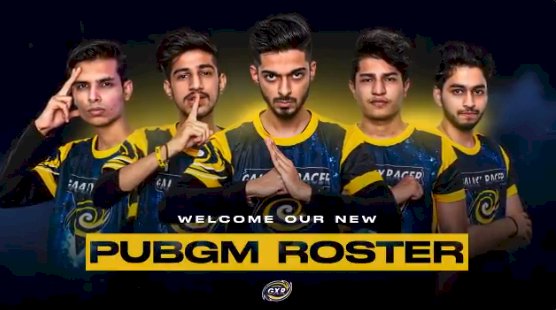 Galaxy Racer is an esports organisation from UAE and currently fields about 10 competitive rosters across Call of Duty: Mobile, DotA 2, Rocket League, League of Legends, Fortnite, Free Fire, CS:GO, Fortnite and PUBG Mobile. These 10 rosters feature players from 22 countries. The latest roster of PUBG Mobile is highlighting some of the PUBGM stars of the country including ex-Fnatic members Owais and MaxKash.

By the looks of it, the new roster is packing a punch. Owais is likely going to be the in-game leader, he comes with a sheer experience of winning renowned tournaments like PMIS 2019 and PMCO Spring Split 2019 at the likes of Team SouL. Further, Owais moved on to Fnatic where he teamed up with MaxKash and secured second placing in PMIS 2020 and at ESL India. Both of them now will be representing Galaxy Racers for their PUBG Mobile Division.

Roxx, Ultron and MJ are the rest three that complete the roster. They are the former players of Team Celtz that won PMPL: South Asia Season 1 Finals.

Despite the game banned in the country, Galaxy Racer announcing a powerpack Indian roster might just be that the organisation is preparing for the PUBG Mobile Pro League: Arabia Season 1 invite. On 2nd April, it was reported that TSM Entity and Galaxy Racers are the two teams that have secured an invite. Either of the organisations hasn't commented yet regarding the same.