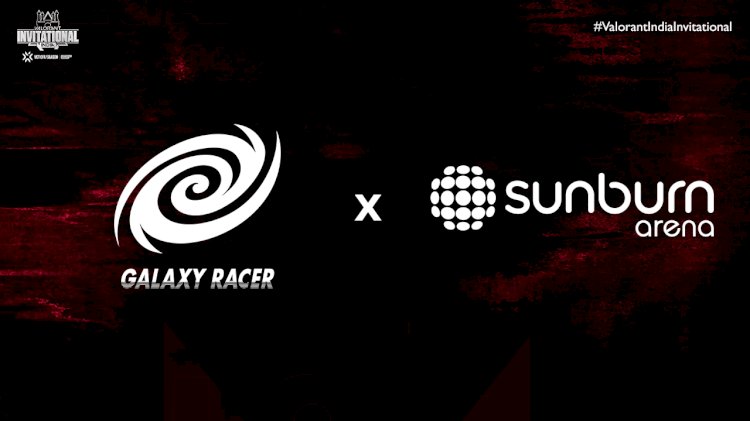 Galaxy Racer, one of the biggest transmedia gaming organizations in the world, has joined hands with Asia's premiere EDM festival Sunburn to create an unique blend of music and esports for gamers from across the country as the premier Music Carnival comes on board as the official venue partner of the Valorant India Invitational which will kick start in Hyderabad from November 18-20, 2022.

This is the first-ever international Valorant tournament that is taking place in the whole of South Asia and India in which the biggest names from the Valorant world such as Paper Rex, Team Secret, RRQ, etc. as well as some of the top Indian stars will be competing under one roof.

"Music and gaming are two core components that have an immense influence on GenZ and since merging them has yielded huge success globally, we wanted to en-cash the untapped opportunity in India. Having Sunburn as the official venue partner fortifies Valorant India Invitational and it further proliferates the impact that this tournament can have on Indian gamers. This partnership fulfils our aim of blending premiere Esports events with music festivals as the goals and vision of both companies align perfectly in dishing out an experience alongside competitive gaming. Fans will have multiple options of either attending just the finals or a combined experience of both the finals and the music festival. We are looking forward to this remarkable blend and hope gamers and music aficionados can equally enjoy the experiences," said Siddharth Ravishankar, Chief Gaming Officer, Galaxy Racer

Sunburn is one of the largest music festivals in the world and this association with Galaxy Racer is their very first venture in the Esports industry. This first-of-its-kind partnership will help esports profoundly as it gets influenced by the evolving narrative of pop culture alongside competitive gaming.

“Collaborating with Galaxy Racer gives us an opportunity to enter the Gaming industry, which is on the rise in India. Music is a part of gaming & esports and this is just the right synergy for us. We are always on the lookout for unique distribution and this is one of them to engage our fans with this unique blend,” added, Karan Singh, CEO, of Spacebound.

The LAN Finals will be a three-day affair with the Grand Finals scheduled to take place on November 20 at the GMR Arena in Hyderabad where thousands of fans will witness the nail-biting competition between the finalists who battle for a whopping sum of USD 100,000.

According to the 2021 Deloitte’s Digital Media Trends Fall Pulse Survey, 42% of GenZ gamers listened to music other than gaming ones while playing whereas 22% of the sample size shared music recommendations while gaming with other online gamers and 11% had shown the trend of attending live music concerts inside a gaming world venue.

These statistics are a testament to the significant connection that gaming and music have, making Galaxy Racer’s vision of blending the adrenaline rush of an Esports LAN event with the exhilarating and exciting experience of music and setting a strong blueprint for initiating a new chapter in the history of gaming and hosting tournaments in the country.

Esportz Turns Two Celebration to offer wildcard access for Gamers into the Grand...