The second attempt is packing a punch. 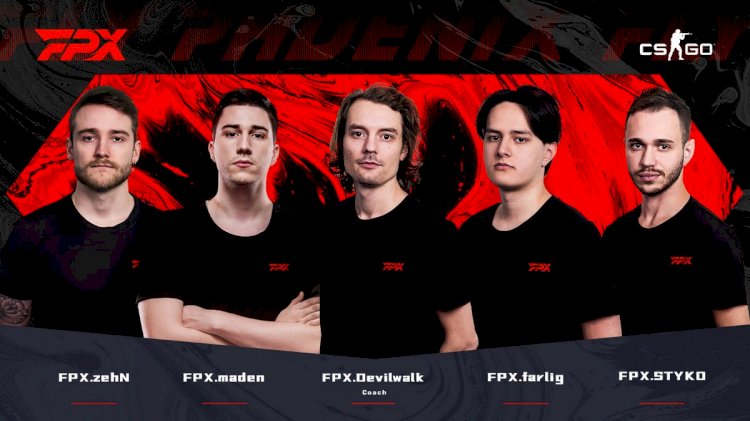 FunPlus Phoenix (FPX) has announced on their social media that the organisation has signed former GODSENT CS:GO roster.

It is FPX's second attempt to thrive within the Counter-Strike lands, the first attempt was signing of Danish Heroic roster in April 2020 which fell off after Patrik "es3tag" Hansen moved to Astralis. The same season, FPX signed a North American roster 'Bad News Bears' for the rest of it. They moved on to compete in season 1 of Flashpoint and that was all the run of FPX. 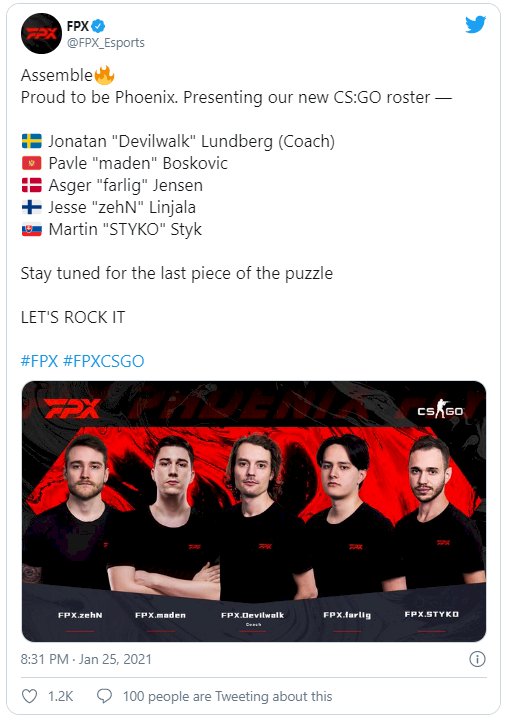 After releasing the former players, GODSENT is currently holding an all-Brazilian roster led by TACO and felps.

Jonatan "Devilwalk" Lundberg will be leading this roster as a coach. Fnatic has won Major twice during his playing days. No doubt, his Major winning experiences and long career will be beneficial to this new pack.

The final player that will be fielding under the FPX banner is yet to reveal from the organisation.

A new viewership record for online CS:GO has been set by Na'Vi and Vitality match...

Global Esports Valorant division is on a roll with three...