The number has already surpassed the goal. 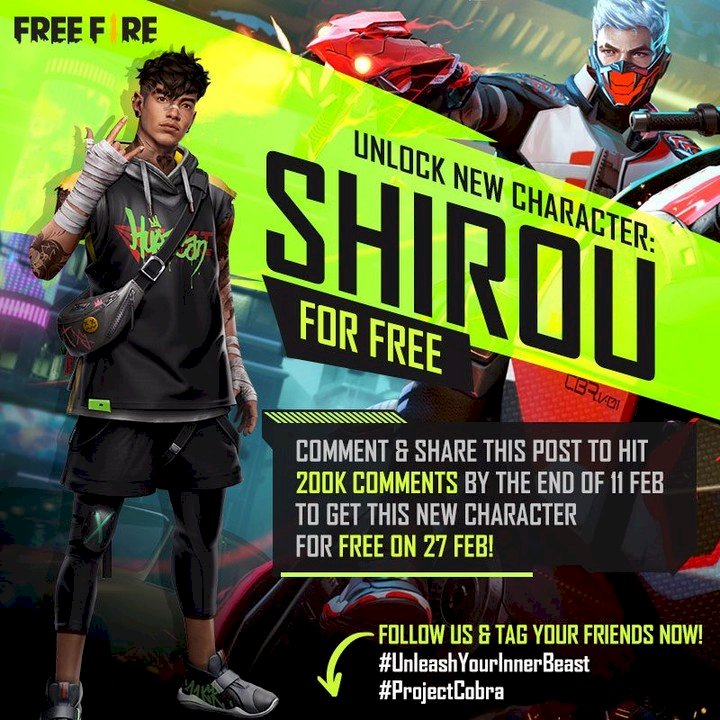 Free Fire is one of the most played game in Mobile Esports. The game Free Fire lets users pick a character to play with. There are a total of 37 characters with the recently added Shirou and Skyler. Except for Nulla and Primis, each character possesses a special ability that grants an edge in the battlefield.

A post from the official handler of Free Fire India Instagram announced that if the players manage to garner a milestone of 200k comments on the particular post, they will send out Shirou for absolutely free for the whole server.

The post reads as: "Survivors, here's your chance to win the latest character of the Cobra Update - Shirou, for Free! Reach the milestone of 200k comments by the end of February 11th, 2020. Once the milestone is reached, the whole server will get the Shirou character for FREE!"

Steps for being eligible:

200k comments were needed to be reached by 11th February to obtain the character for free.

However, at the time of writing, the post already records staggering 386k comments. Meaning, if you have your UID commented and friends tagged - you are bound to receive the Shirou for free.

House Of Esports in association with Immortals India announce Battle Of Agents VALORANT...