The crossover will go live in March. 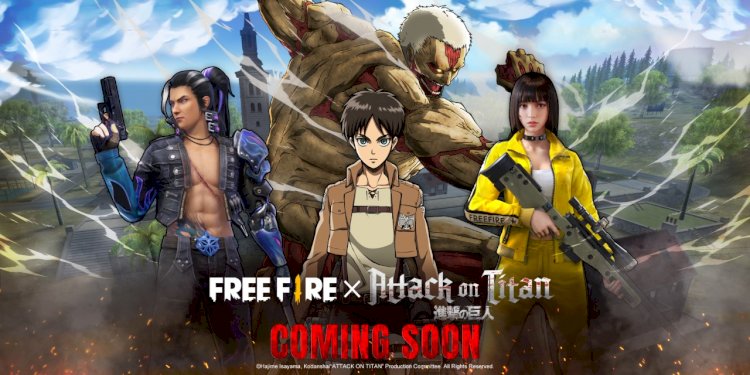 Kodansha's Attack on Titan and Garena's Free Fire are coming together for a crossover. The partnership between the two is revealed on huge OB26 update day and will go live in the coming month of March.

Start of this year, we saw One Punch Man make its way to Free Fire. We can expect the same, inclusion of another character as a part of this collaboration.

Special gun skins and other free fire cosmetics will be introduced and apart from that, players could equip Survey Cop costumes or wear colours of man-eating Titans.

Harold Teo, battle royale producer at Garena commented on the partnership: “Free Fire players can soon battle in the style of one of the world’s most captivating modern dark fantasy anime – Attack on Titan. The series has captured the imagination of many worldwide with its unique and immersive narratives; we’re excited to bring this over into the world of Free Fire.”

Garena has partnered with ample of celebrities, productions and renowned personalities over the course of the last two years. DJ KSMR, Bollywood superstar Hrithik Roshan, Christiano Ronaldo and most recently with Vietnamese singer Son Tung M-TP are only a few to name.