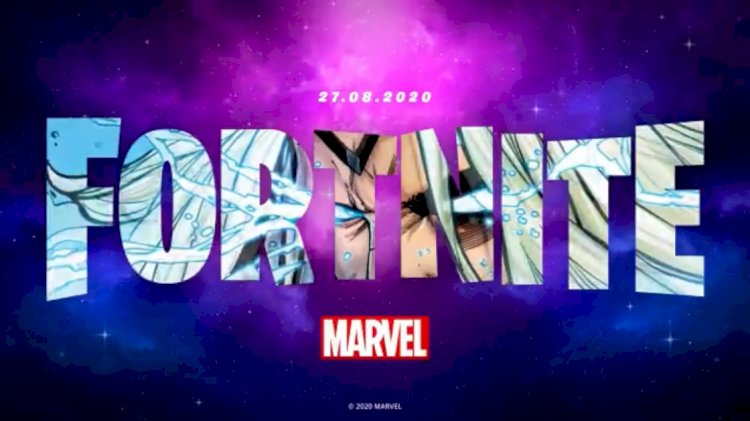 The fourth season of the second chapter is set to release on 27th of August and as expected certain leaks about the new season and skins have surfaced online.

Fortnite teased, Marvel-themed season 4 through their social media handles. However, if you are a Fornite fan you wouldn’t be surprised of such epic crossovers! Fortnite is well-known for its epic crossovers and in-game integration.

Fornite and Marvel crossovers are not a new thing, Avengers Endgame (Limited Time Mode) and Deadpool feature in Chapter, Season 2 has happened in previous seasons and chapters. 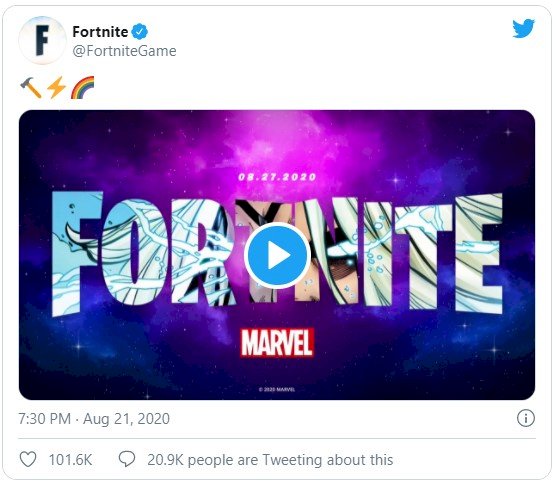 It has a space background, hinting that the main character would be related to space, Asgard?

Official Thor account on Twitter, tweeted the same video with the caption: “Summon the Bitfrost” hinting a major role in the release, next week. 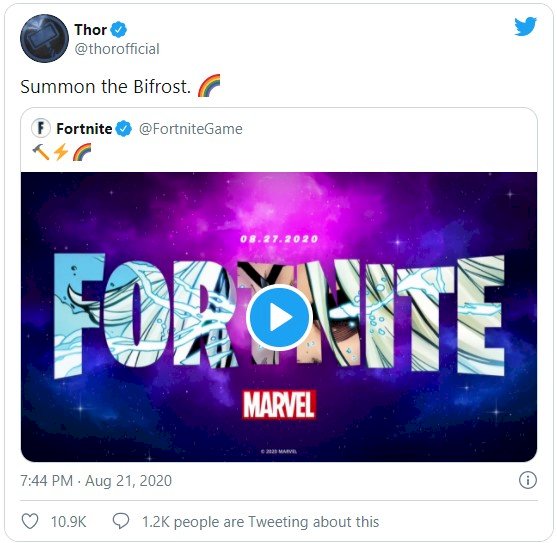 With this tweet, Thor might end up being the main character in-game. Of course, they have left us curious here and we’ll only know about it after the official release or update!

Fnatic announces ASOS as an official retail partner in...