The Wallmart owned e-commerce Flipkart has now announced its acquisition of the IP (Intellectual property) of the gaming startup Mech Mocha. 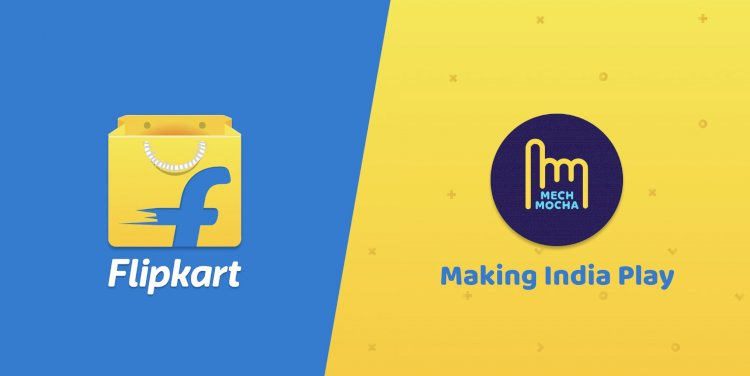 Amid the COVID-19 breakout, the world has transitioned into online and with that, there's been a steep rise in social mobile gaming as well.

Prakash Sikaria, vice-president of Flipkart said that the company notices many of the first-time ecommerce users are driven to the platform via videos and games. Flipkart also features mini-games within the ecommerce app Flipkart known as GameZone.

“Our observations of Flipkart GameZone reflect this trend as we see a strong correlation between casual gamers becoming early shoppers on Flipkart [on] their digital journey,” said Prakash Sikaria.

Mech Mocha was founded in 2014 and it fields a gaming platform available in 7 local languages of India. The platform has over 10 games including some of the popular ones such as Ludo, Carrom, Snakes and Ladders, and Cricket. Mech Mocha was invested by Flipkart in 2015 itself alongside Blume Ventures.

From having @Flipkart as our seed investor along with Blume to now joining hands to build entertainment at scale for India - it's been a quite a full circle. Feeling immense gratitude towards all @MechMocha team members, investors, advisors and partners. https://t.co/77bhfReGKN

“We look forward to being a part of the Flipkart ecosystem and leveraging the Flipkart Cloud Platform, Super Coins, Reward store, and Flipkart Ads platform to strengthen the platform for our users,” added CEO Arpita Kapoor and Mech Mocha co-founder.

With the ever-growing popularity of gaming, this moves comes at the right time with Indian audience engaging in classic Indian games more than ever.