The registrations for “Real Cricket Championship” will soon open and be announced in the coming days. 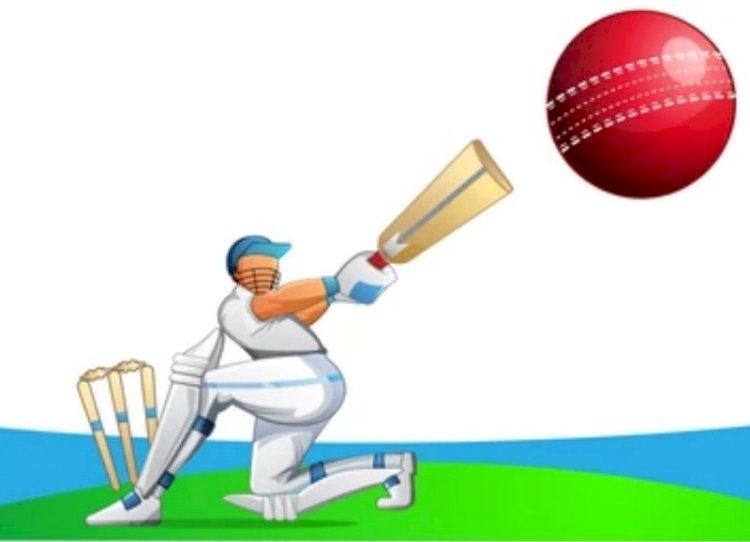 JetSynthesys, the new age digital entertainment and technology company with a strong play in gaming and esports, in association with the Federation of Electronic Sports Associations of India (FEAI) announces India’s biggest esports cricket tournament till date – Real Cricket™ Championship. Real Cricket™, developed by JetSynthesys’ subsidiary; Nautilus Mobile is the leading mobile cricket franchise in the world in terms of popularity and competitiveness. The first ever e-cricket world series and tournament will be operated by Jet Skyesports Gaming Pvt. Ltd, one of India’s largest esports organizations with a grassroots play.

India is home to 150,000 esports players and approximately 60,000 teams; the number is estimated to grow over 1.5 Mn by FY 2025. Ahead of the Asian Games 2022, which will include esports as a medal event for the first time in the history of all such tournaments, JetSynthesys and FEAI announced the Real Cricket™ Championship at the recently held FEAI national summit on 21st October 2021. The tournament will see qualifiers in every state following which the state winners will participate in national tournaments leading up to a nationwide tournament. This tournament will be held under the aegis of FEAI. The registrations for the tournament will be opened and announced in the coming days. The tournament is expected to see unprecedented participation due to both, the popularity of the game along with the grassroot penetration of Skyesports.

Talking about this tournament, Mr. Rajan Navani, Founder, JetSynthesys Pvt. Ltd. said, “Cricket enjoys widespread popularity in the country and remains a key focus for us. It is a celebrated sport that is entrenched within the DNA of Indians. In fact, its popularity and following is mirrored in the cricket skill-based gaming category. We wanted to bring together cricket and gaming very early on with the help of our games like Sachin Saga Cricket Champions and Real Cricket™. It's a pleasure  to be able to host and inaugurate the Real Cricket™ Championship for Indian esports players with FEAI along with   Nautilus  and Skyesports.”

Shri Vaibhav Dange, Founding Director, FEAI said, “It is our endeavour to build the Esports ecosystem with multiple tournament IPs for India and create a strong talent pool for the world stage. We are pleased to launch this tournament with JetSynthesys. Real Cricket™ is poised to be the biggest online cricket experience spanning across geographies in terms of participation and talent. It is a true testimony to what we at FEAI would like to achieve for esports in terms of format and reach. We look forward to collectively make it a big success.”

Anuj Mankar, Sr Vice President – Gaming at JetSynthesys and architect of Real Cricket says, “Real Cricket is an award winning franchise with over 100 Mn+ downloads that is extremely competitive and requires great levels of skill. The  gaming industry in India has skyrocketed, with esports leading the growth chart, and we feel immense pride in hosting the India’s biggest cricket esports tournament. Esport embodies the digital manifestation of traditional sport such as cricket. Like traditional sports, esports also requires time to train and practice. Keeping this in mind we are glad to be recognising the talent of esports players and giving them a platform to showcase their talents.”

Shiva Nandy, the CEO and founder of Jet Skyesports says, “Indian gaming has immense potential, and the talent which resides in the non-metros often goes unnoticed. Our vision, therefore, to view esports as conventional sport has grown a notch higher with the help of JetSynthesys and FEAI. We are ready and excited to kick start the Real Cricket™ Championship on our platform.”

With a concerted focus across gaming and digital entertainment, JetSynthesys has, in a short span of time since its launch, seen exponential growth and been the usherer of many category firsts. Over the years, JetSynthesys has become a leading name in the gaming category, particularly known for developing mobile games with high fidelity and network play. It’s known for its global publishing partnerships with the likes of Warner Music Group, WWE, Square Enix and Hollywood film Passengers and Floyd Mayweather. Post the acquisition of Nautilus Mobile and therefore Real Cricket™, JetSynthesys leads the market in terms of skill based cricket gaming. In addition to developing cutting edge and popular games in-house, JetSynthesys is the co-founder of India’s most successful e-sports company, Nodwin Gaming. To build esports at the grassroot level, JetSynthesys recently acquired Chennai-based Skyesports to form Jet Skyesports Gaming Pvt. Ltd.

The brand is also known for its deep tech stacks in new technologies like AI, Blockchain, AR/VR/MR and quantum computing. In the social community arena, along with 100MB, JetSynthesys is also home to ThinkRight.me, India’s leading meditation and mindfulness app; AnyDay Money, a well-known fintech platform for advance salary formed in association with Adar Poonawalla; JobDost, a platform providing access to grey & blue-collar jobs in multiple cities across India; and SonicJobs, UK’s #1 hiring portal for blue-collared jobs.

With offices in Japan, UK, EU, US and India, JetSynthesys boasts of the best-in-class technical and creative talent, striving to create and connect digital ecosystems globally.