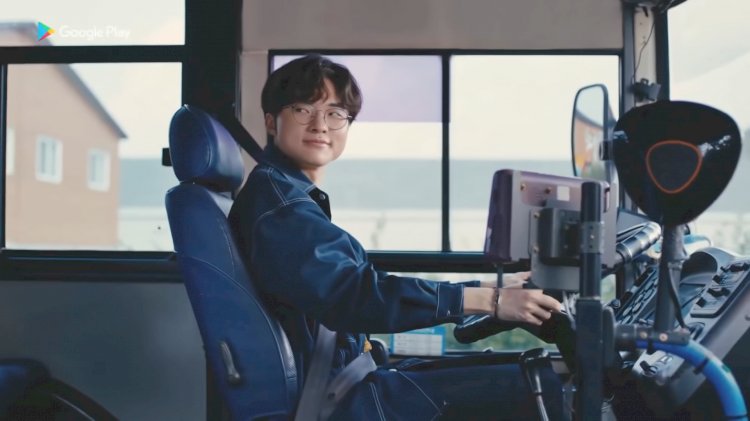 The advertisement totally focuses on the mobile version of the most popular MOBA game League of Legends and showing stars of the original game, Faker, Teddy and the legend jungler-now-caster CloudTemplar.

The Ad is just one minute long where Faker is on the driving seat of a bus with Wild Rift displayed on it. Further Faker halts his bus at a bus stop where a passenger awaits for the bus while playing the game. When the bus door opens, the passenger is stunned to see Faker and Faker asks him "want to get on the bus?" which is slang in Korea for getting carried.

Later, a few more passengers are boarded on the bus were at the entrance, they have to scan their mobile phone and once scanned the speaker speaks out the rank in the game. Some were on Iron, Silver and Gold but one passenger catches Faker's and Teddy's attention as he is repeatedly scanning which said: “Challenger, Challenger, Challenger”. The camera revealed the legendary jungler, CloudTemplar.

Wild Rift is getting a lot of attention lately since the game made its appearance on the Apple iPhone 12's launch event. Also, yesterday Riot announced that 6 countries will be receiving regional open beta later this month - of which one is South Korea.