Renault Vitality run begins on the 14th of October. 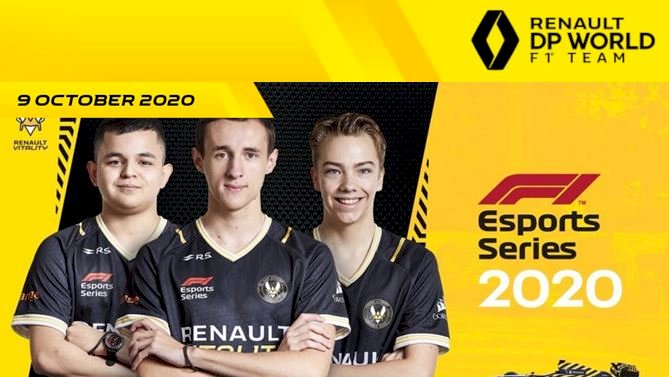 Team Vitality and the Renault Group are joining forces to build a super team for the new F1®️ Esports season which is set to go live an upcoming month. This roster is been in the build for a while now, earlier this year the two French organisations bought in Richard Arnaud to lead the charge as a coach for the Renault Vitality Team. The team's roster currently fields with Nicolas Longuet, Fabrizio Dononso and Casper Jansen.

Renault Vitality has occupied the two Fabrizio and Casper during the F1 Esports Series Pro Draft day. Fabrizio comes from the country of Chile who was the runner up with a second-place at the 2017 edition of World Championship while Casper comes is a 17-year-old Dutch with impeccable potential. The trio will start their grind on 14th of October at the F1 Esports Series calendar.

A new 400m² space located in the heart of the Stade de France is now opened to entirely devote to home the newly acquired talents in the name of Renault V.Performance. The Renault V.Performance can accommodate up to three teams at the same time and is also equipped to allow the club’s medical and sports teams to work directly on-site with the talents.

As we know Team Vitality holds rosters across multiple segments - to be precise 7 others including League of Legends, Counter-Strike and Rainbow 6. All of the talents under Team Vitality will be able to utilise this partnership between the two by taking advantage of Renault Sport Racing’s expertise in achieving top-level performance. This will particularly take the form of bootcamps organised at the Renault Sport Racing factory in Enstone, England, where the drivers of Renault DP World F1®️ Team and Renault Sport Academy train.

After Slashing Ties with Tencent, PUBG Corp Scouts For...