One of the best performing teams in North America disband 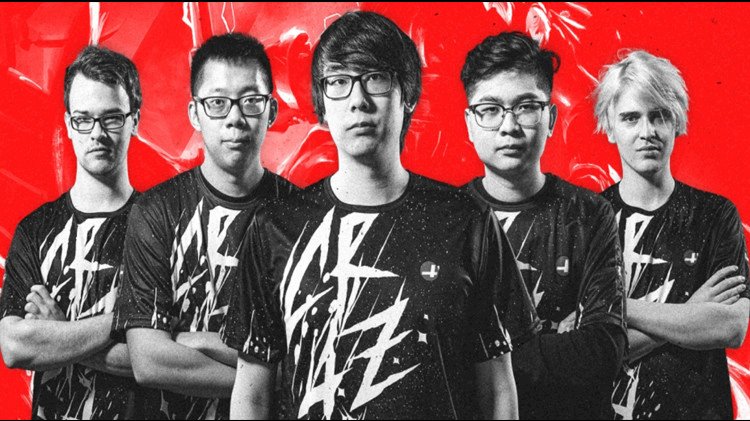 catJAMMERS former CR4ZY dota2 roster officially announces that they’ll no longer be playing together, players are going on a break. This announcement comes after a disappointing seventh-place finish in Dota Summit 13 online tournament.

CR4ZY roster always performed consistently and were considered as a tier-one team. Always finishing upwards of the fifth position. Competing against Quincy Crew, Evil Genuises, CR4ZY performed well but failing to bag in a title.

Confirmation about the departure comes after a tweet from David “MoonMeAndHer” Tan, thanking all the players who were a part of catJAMMERS.

Dota 2 scene seems grim for NA Dota 2 players as apart from Evil Geniuses, CR4ZY was the only sponsored Dota 2 team in NA until they decided to disband citing COVID-19 pandemic issues.

“At the beginning of 2020, our goal was to expand into what we considered most opportunistic esports disciplines: CS: GO, Dota 2, and Rainbow Six: Siege,” CR4ZY said. “But soon the world became a much different place due to the COVID-19 pandemic which is still… forcing the globe to adapt.”

Still, the players decided to continue playing together but only competed in Dota Summit 13 online professionally.

The team started to crumble after Team Captain Kurtis “Aui_2000” Lin announced that he was no longer a part of the organization and has no current work plans for the future.

No longer playing with catjammers. No current plans

Soon after Aui_2000’s announcement German veteran player Maurice “KheZu” Gutmann, announced his departure from the team. “Feeling a bit too drained in NA” and KheZu will take a break from Dota 2 to enjoy the holiday season. In the future, he signified that he is interested in continuing his Dota 2 career in EU region as a player/coach.

decided to take a step back from catjammers and i wish the boys the best of luck, I'm feeling a bit drained from playing in NA, and i'd prefer to just take a small break rn during November & christmas. Might look to coach/play in EU afterwards. will pub& play for myself for now

After disbanding the roster, catJAMMERS will be replaced by Jacky "EternalENvy" Mao's 4funn roster for Realm Collide: The Burning Darkness

PUBG Mobile is returning to India with region-specific version followed by a $100...