COVID-19 once again disrupts participation of a team to an event. 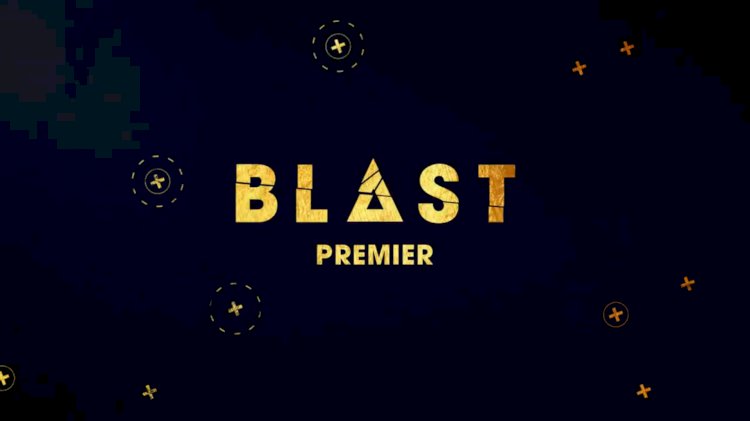 BLAST Premier Fall Showdown is all set to commence tomorrow onwards. However, the TO has announced a slight change in participants, Heroic will replace Evil Geniuses at the event.

Evil Geniuses have to pull off because of the travel restrictions concerning around COVID-19, the team is unable to make across to the Europe where the BLAST Premier Fall Showdown will be operated. EG, the NA region team was eliminated from the Premier Fall Series and was set for the Showdown. This automatically denies EG's chance to BLAST Premier Fall finals in December. 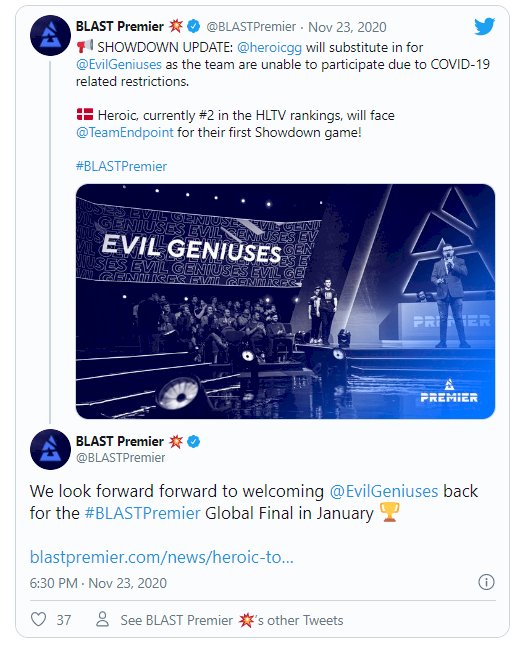 Despite all of this, EG might make it to the BLAST Premier Global finals in January as they qualified by winning BLAST Premier Spring Americas finals earlier this year.

EG's replacement Heroic will play their very first BLAST tournament. Heroic has become one of the strongest teams lately, they won ESL One Cologne Europe in August and DreamHack Open Fall in October. Heroic has also managed put up a show against dominant teams like Astralis, definitely proving to be a worthy contender.

BLAST Premier Fall Showdown starts tomorrow with sixteen teams, of which only two top seeders will go-ahead to the Fall Finals in the next month. It is an online tournament but has teams participating from other regions like North America, South America, and CIS.

Heroic makes their BLAST debut against Endpoint on 26th of November at BLAST Premier Fall Showdown.