Neon will be available with Valorant Episode 4: Disruption on 11th January 2021 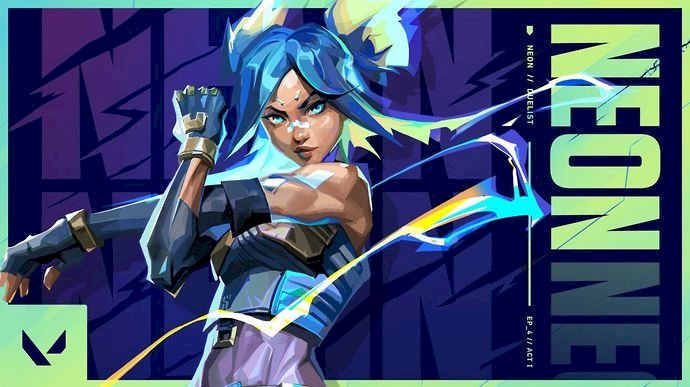 Riot Games revealed an early peek at the Valorant universe's newest 18th agent, Neon, who is set to debut in the coming week. Neon appears to be all about speed while also possessing the power of electricity, which will aid her in outpacing all of the game's foes.

Neon's first ability is called 'High Gear' which lets her sprint and slide every round and can be refilled if she managed to get two kills in that particular round. She also has the power to produce two lengthy, static electrical barriers on each side of herself, as well as a grenade that can concuss opponents in two locations at once.

Her Ultimate Ability is called 'Overdrive' which allows her to focus her electric energies into a concentrated beam for a short period of time that can hurt enemies.

With all of her speed, she also seems to be an agent added into the game to counteract one of the game's most popular speedy agents, Jett.