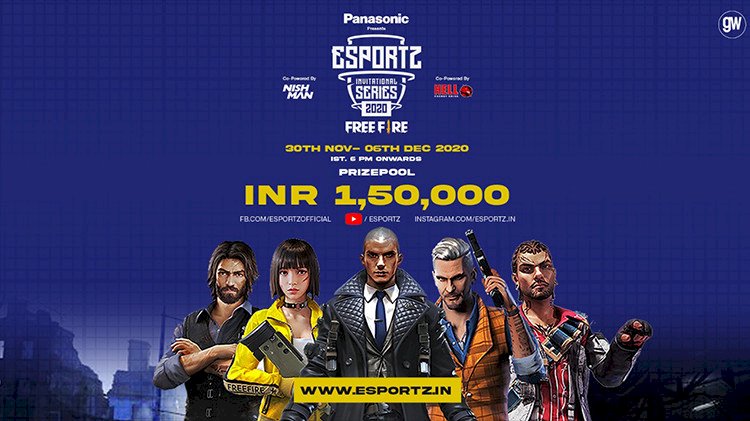 Esportz.in debut tournament will purely be invitational tournament top teams, players from the Free Fire community of India will compete for the championship title and for a major chunk of the prize pool.

The tournament will be a week-long affair starting on the 30th of November to 6th of December from 6 PM IST onwards. All the twelve invited teams will thrive throughout the week to make it to the top of the table. From Monday to Thursday three games will be played each day while Friday to Sunday will have five games each. The team topping the table after this long week will be crowned as Champions on Sunday, Dec. 6th.

Top tier Free Fire teams in India who are set to compete in Esportz Invitational Series:

During the live-stream, there will be daily giveaways featuring DJ Alok character. All the games will be live-streamed on the official YouTube channel of Esportz.in