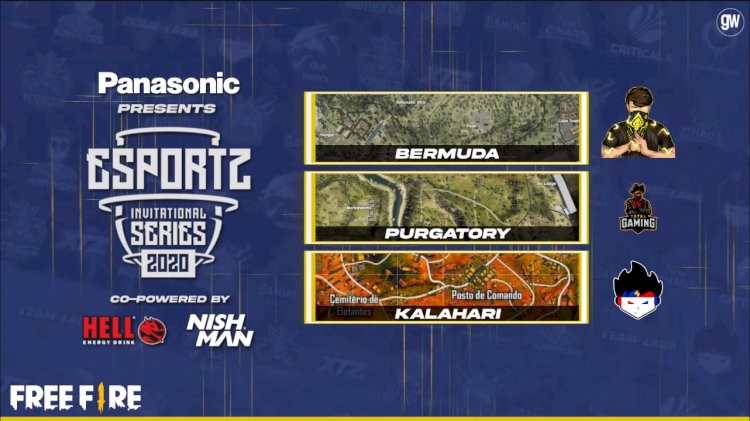 Day 2 was concluded with XTZ Esports topping the table, however, they were trailed by Optimum Esports closely on the second position with a difference of only 5 points between them.

Game 1 of Day 3, Bermuda was won by CRX Elite, freshly known as just 'Elite'. Elite's Pahadi showed up the same glimpse of the form the star player showed while top fragging at Indian Championship. Elite bags in 8 kills and a total of 36 points. Although, second and third positions were merely any far. Survivors finished second with a total of 8 teamkills and a score of 33 for the team. The most consistent team XTZ Esports finished once again at third with a solid 35 points at third position, thanks to total 10 teamkills. Survivor's Romeo Gamer ended the match with 6 individual kills of the total of 8. He also had an opportunity to clutch the matter but failed to do so which led Elite to Booyah!.

Moving on to Purgatory, Total Gaming highlighted the map 2 of day 3. Bringing in the sheer experience to come handy, It was a 4 vs 4 in the last zone, all the players being alive of Old Skool and Total Gaming. OS was separated into two groups of two each. TG's Mafiabala fired his grenade launcher which took down one of OS' stack making the situation go 4 vs 2 right away in favour of Total Gaming. TG rushed in here on OS' final two players to clinch the Booyah! Total Gaming ends this map with the largest share with a score of 46 having 13 teamkills. Old Skool finishes second with 23 points and 3 kills. Survivors, the team who finished third in Bermuda earlier today, got placed third in Purgatory as well with 23 points and 4 kills. The fan favourite Total Gaming finished in the bottom side of the table in the first two days but this Booyah certainly rockets the table placing towards the top side.

Kalahari was a rumble in the end and TSG are the ones who prevailed. TSG Army and GZ Army have been bagging kills throughout the map and in the last were put in front of each other. As we said, TSG prevailed, they go home with a second Booyah! of the tournament with 10 kills and a solid add-on of 40 points. GZ had a solid 9 teamkills too, however, as GZ finished second, they secured 35 points. Team Lava finished third with 23 points having 4 teamkills.

Overall Points Table at the end of Day 3: 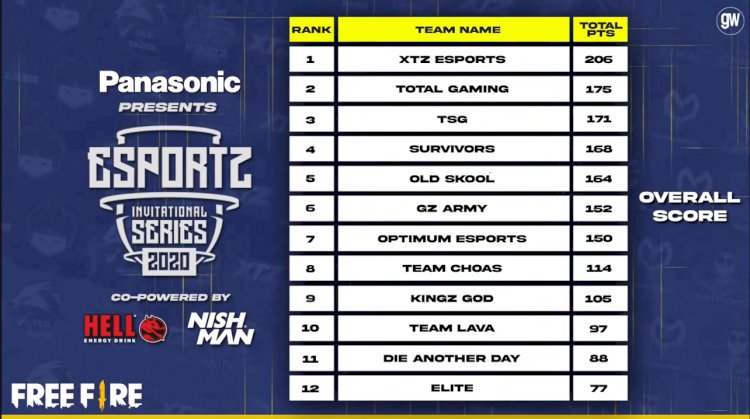 This marks the end of Day 3 at the Esportz Invitational Series 2020.