XTZ Esports sits on the throne at the end of Day 2 but is closely trailed by Optimum Esports. 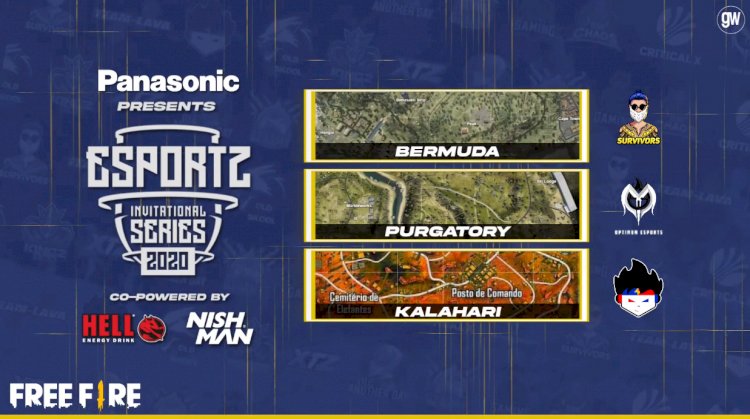 Day 2 of the Esports Invitational Series 2020 had the same set of maps queued just like Day 1.

It started with the usual map Bermuda being played as the first map of Day 2. The first map was won by Survivors. In the last zone, a two vs three situation took place for XTZ, however, Survivors' synergy and teamwork outperformed XTZ in the end. Survivors won the map with a score of 30 paired with 5 kills. XTZ Esports finished second but ended the map bagging in the largest share of points from map 1 of day 2, thanks to double digits teamkills of 11 getting them 39 points. The third-placed team for Map 1 is GZ Army with 26 score and 6 kills.

Optimum Esports showed up sharp in the Map 2 Purgatory, solid teamplay bagged themselves a Booyah!. Heading into the last circle Optimum had the positioning and zone favoured. While the rest teams were running their way inside Optimum was picking them off. Optimum wins the second map of Day 2. Total Gaming, the team who represented India at the recently concluded FFCS Asia had only one of their player alive in the last which was none other than TG's FozyAjay who managed to be the lone survivor sneaking into the circle. A 1 vs 3 scenario happened, however, FozyAjay couldn't pull it off. Nevertheless, FozyAjay gets Total Gaming a solid second finish with 1 team kill. Lava Esports got placed third 17 score for the team with only 1 kill.

TSG Army dominates Kalahari.TSG held a safe position in the last circle with all of their players alive in a safehouse. On the other end, XTZ MRJAYYT was alone while two members of Total Gaming closing from the right side of the house. MRJAYYT knocked one player of TSG but was instantly revived and further closing into the zone he witnesses his death. Total Gaming tried from their end as well to initiate a clutch but failed to do so. TSG Army finished first with 40 points having 10 kills while Total Gaming got placed second with a score of 31 having 7 kills. XTZ Esports comes third, thanks to Mrjayyt's attempt bagging a score of 27 with a total of 7 team kills.

Overall Score at the end of Day 2: 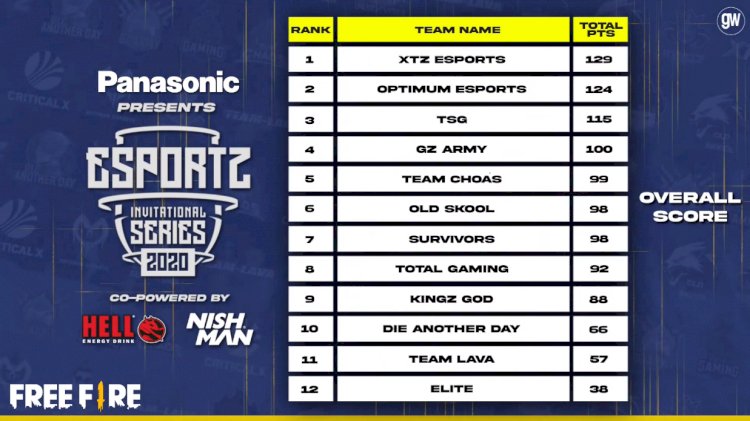 The team that showed prowess on Day 1 was KingzGod which certainly has failed to repeat the same on Day 2 of the Esports Invitational Series. Another fan favourite team, Team Lava awaits to makes move in the tournament as well. XTZ Esports sit on the top of the table for the time being closely trailed by Optimum Esports on second. The tournament runs for more five days so make sure to tune in as things might be different tomorrow.

Day 2 Livestream can be found here while highlights are below: