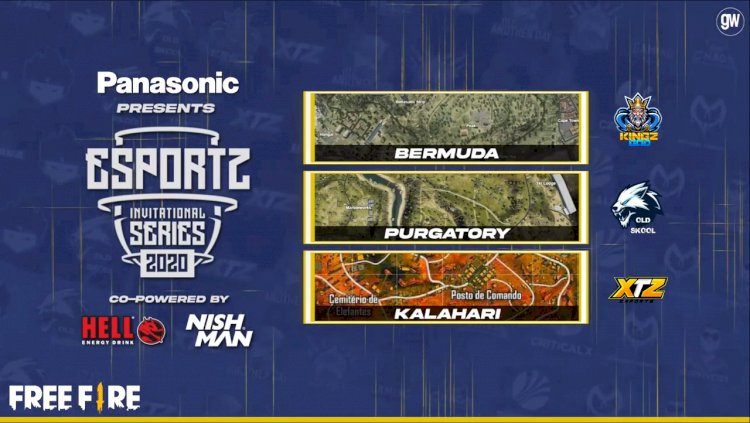 Match 1 at the Esportz Invitational Series was on Burgatory, KingzGod won the Booyah! in their name with their player Honeydesign doing the most for the team, KingzGod had the final zone advantage, also the other teams starting closing in a little late as the timer was escalating. KingzGod ends fashionably with a 28 score and 4 kills. However, the second and third positions weren't that far, Old Skool ended with a score of 25 on second and the fan favourite Total Gaming on third with a score of 23. All the first three teams had 4 kills each. Interestingly, TSG topped the points table at the end with 32 points because of having 11 kills. All props to Stoner who singlehandedly had 6 kills individually.

Heading into the second map of Purgatory, it was clinched by Old Skool. OS' Alex was left alone in the last circle and showed stunning play with a grenade launcher to win the BOOYAH!. Team Old Skool got 40 Points with a solid 10 kills for them. OS was followed by Survivors with 31 points and 7 kills in the second place while KingzGod on third with a score of 29 and 7 kills.

The third Map of Day 1 was Kalahari and was won by XTZ Esports. The same team that didn't show up in Map 1 of the game covered up for their absence with an outstanding performance in game 3. XTZ-Ginotra clutched Booyah! for his team. XTZ Esports made a solid score of 44 with a total of 12 team kills. Optimum Esports finished second with 25 points and 4 kills while Elite finished third with a score of 21 and 3 kills. 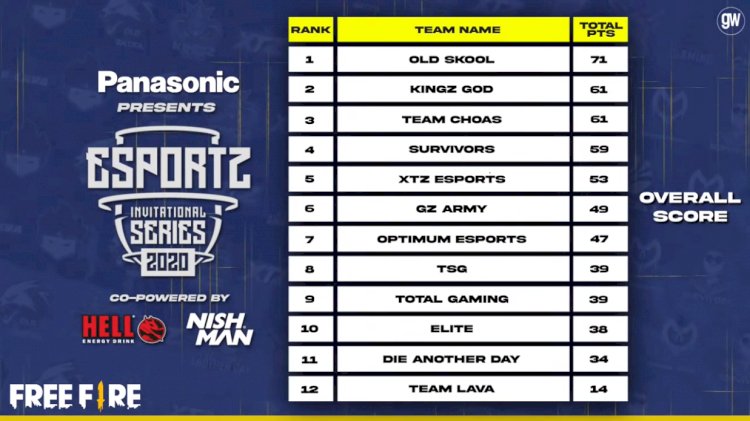 Full livestream of Day 1 can be found here while highlights are below: