Along with Jonathan, MortaL and S8UL will be representing India in different categories. 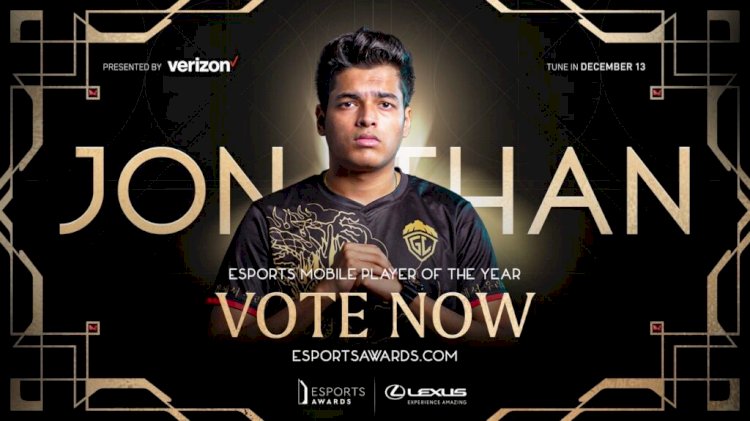 Jonathan "JONATHAN" Amaral, one of India's best mobile esports players and a current member of GodLike Esports, has been nominated for an Esports Awards 2022 award in the category of "Esports Mobile Player Of The Year."

This year's Esports Mobile Player Of The Year had a total of seven players nominated as of October 27. Now, through the Wild Card, JONATHAN and Piyapon "GODCRUZ" Boonchuay from Evos Esports have been added to the category.

Originally starting with PUBG Mobile and now Battlegrounds Mobile India (BGMI), both are being banned currently by the Government of India. Jonathan wears an illustrious career of four years and is often regarded as one of the finest riflers in the game's history. Despite the fact that BGMI has been unavailable for about 4 months, he has had a tremendous year, placing second in the first-ever televised BGMI event, the BGMI Masters Series(BGMS). Alike many tournaments before, he also won the BGMS's MVP award for his stellar gameplay.

The panel has selected these finalists for their achievements outside of our standard judging period.


The Complete nominees list of Esports Mobile Player of the Year Category can be found below:

This is Jonathan's first Esports Awards nomination in any category. However, he is not the only Indian to be nominated for an Esports Award; others include Naman "MortaL" Mathur for 'Esports Personality of the Year' and S8UL for 'Content Group of the Year.'

On December 13, 2022, Resorts World in Las Vegas will host the Esports Awards. Voting can be done online at https://esportsawards.com/vote/.