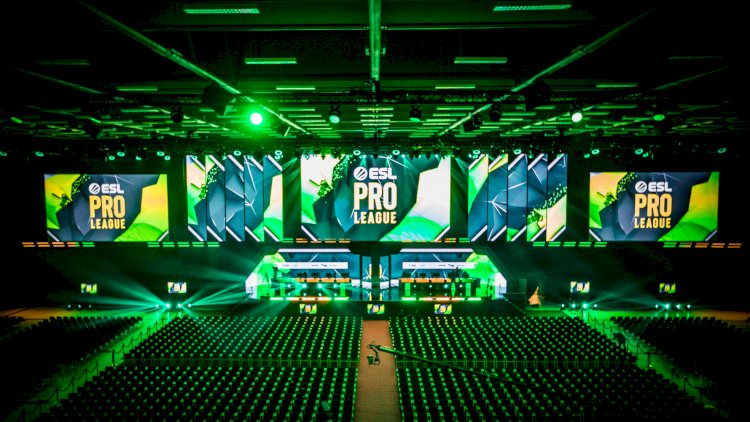 ESL, the world’s largest esports company, today revealed that ESL Pro League 2020 shattered viewership records across all metrics including a new all-time peak of more than half a million concurrent viewers, making it the most-watched online match of Counter-Strike: Global Offensive in history.*

Viewership numbers, both digital and linear, taken from ESL Pro League in 2020 saw hours watched rise to 89 million across both seasons, an increase of 129% compared to 2019. Further, video plays have grown to 295 million (+91%), marking another considerable improvement to last year’s editions. 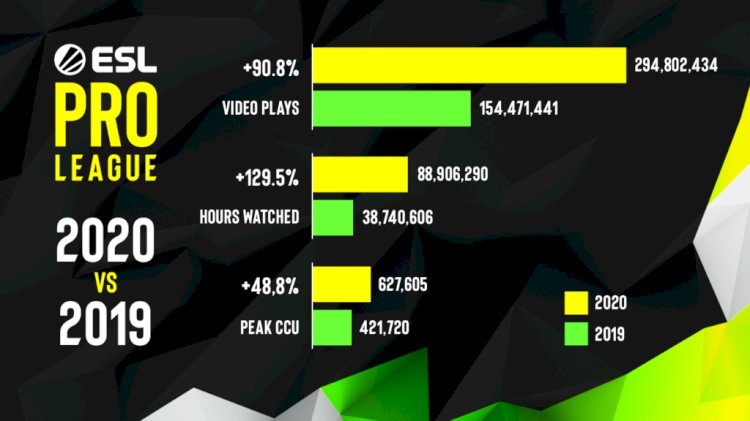 Having broken its all-time peak CCU record in Season 11 earlier this year already, Season 12 set the bar even higher and broke the ESL Pro League record for a second time in a year with 627,605 peak viewers. This confirmed the ESL Pro League S12 finals as the most-watched online Counter-Strike: Global Offensive match of all time and as the second most-watched non-major CS:GO tournament after IEM Katowice 2020.

“We are delighted with the unparalleled success of the ESL Pro League in 2020,” said Alexander Inglot, Commissioner ESL Pro League. “The viewership numbers not only demonstrate the popularity of the product, but its continued development, and we will carry on working with the teams and ESL to deliver the best viewing experience for esports fans all around the world for years to come.”

ESL Pro League 2020 represented the first two seasons of the competition following the implementation of the Louvre Agreement, which saw the world’s most successful CS:GO teams become key stakeholders in the CS:GO ecosystem designed by ESL. Signed in January 2020, the Louvre Agreement was designed to improve team representation, introduce standardized regulations, and grant teams shares of revenue generated from ESL Pro Tour events.

Supported by the strong viewership numbers and the partnership with the world’s leading CS:GO teams through the Louvre Agreement, ESL Pro League also saw more interest from brand partners than ever before. Season 12 of the competition filled all its sponsor slots and continues to attract big brands like Intel, Game Fuel, and Euronics to name a few. The long-term partnership with Gaming Malta was another milestone and success story for ESL Pro League, making Malta the host country for the competition in 2020 and 2021.