Dota 2 scene will witness another top-tier tournament this year. 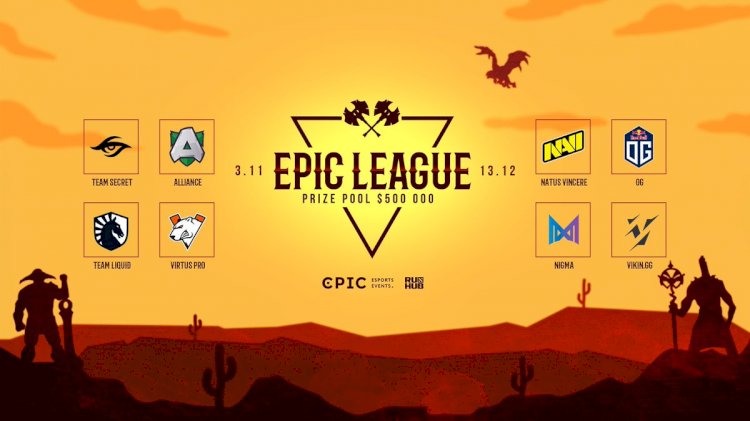 The premier tournament of Dota 2, The International has been "postponed indefinitely" due to the coronavirus situation around the word. However, the world has transitioned into online and TO's started to pull off online tournaments since the outbreak.

Although online but spirits of people at Epic Esports Events is high, they are doing it all to keep the scene active and now announcing another top-tier tournament, EPIC League. The tournament will boast a massive prize pool of $500,000. 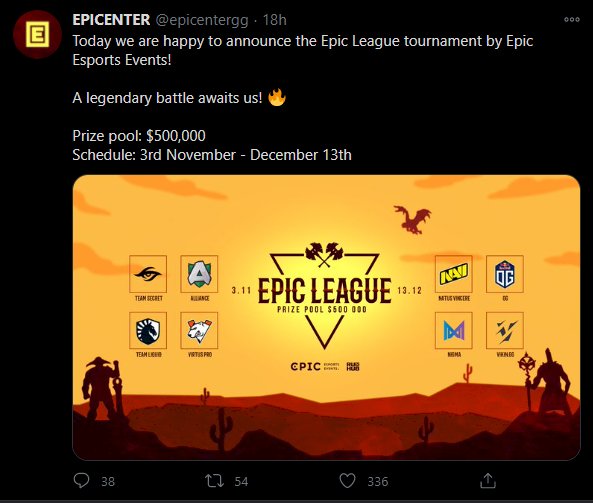 The last event Epic held was Omega League in collaboration with other TOs. The Omega League was live from mid-August to the first week of September and it was hugely successful which garnered over 400,000 peak viewership. It was possible because the production of the event was top-notch and was praised from fans across the world. It was the second non-DPC tournament to garner such hefty viewership.

The Omega League had an Ancient Rome theme for all the broadcasting talents with fancy UI and videos around it throughout the production which turned out to be successful. However, EPIC hasn't given out a word what sort of theme and what all surprises the Epic League will feature.

A total of 8 best teams have already received invitees from the organiser while the rest will join the stack from open qualifiers which are going live on Oct. 29.

Glancing at the invitees, it questions the name Virtus Pro in there. The original Virtus Pro had announced inactivity in the last month while their sibling Virtus Pro Prodigy (VP.P) is active, in fact, the VP.P has been performing really well. If this is what it looks like this might be the comeback tourney for the Polar Bears.