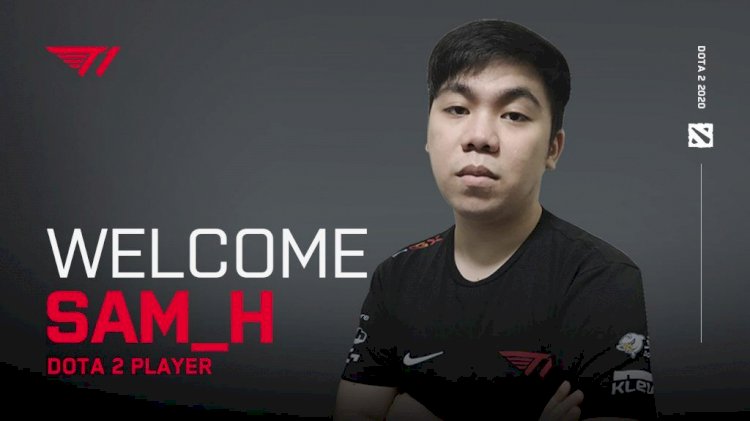 T1 completes their Dota 2 roster with one of the finest offlaners from Southeast Asia.

T1 announced that the Filipino star Samson “Sam_H” Hidalgo has now joined the roster completing their Dota 2 team. Sam_H will be filling in the slot that was vacated by Lee “Forev” Sang-don.

The news of Forev’s dismissal from the team came in quite something that was not easy to digest as he was the captain and also the founding member of the squad. After departure, Forev is currently filling shoes of iceiceice for Fnatic as Iceiceice announced he wouldn’t be returning to competitive Dota until LAN events have returned.

Sam_H rose to limelight in the year 2016 with TNC when the team made one of the biggest upsets in Dota history happen by eliminating heavy favourites OG from The International 2016. Sam_H left TNC in 2018 and since then he has been playing at the likes of South-Asian Teams such as DeToNaToR and Lowkey Esports.

T1 will debut with Sam_H at the ESL One Thailand 2020: Asia Division which has already commenced on 20th but T1 is yet to play their first game, which is tomorrow against Neon Esports.

After this addition, T1's dota 2 roster will be: