DJs Dimitri Vegas & Like Mike, Alok, and KSHMR come together to co-produce Free Fire’s 4th anniversary theme song, titled ‘Reunion’. Players are invited to join the in-game celebrations from today, with the party happening on 28 Aug 2021 not to be missed. 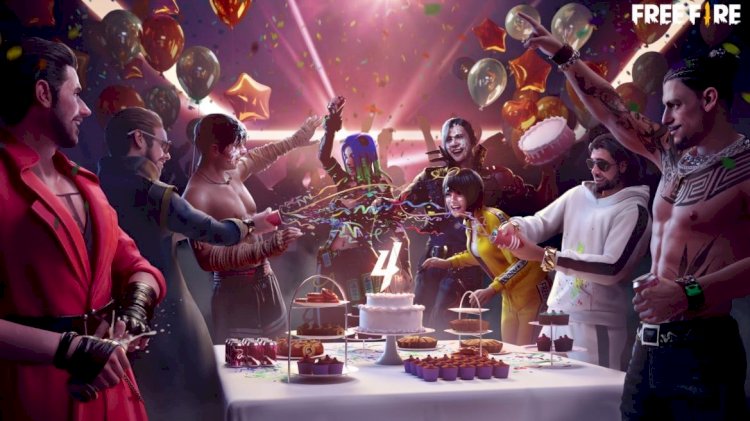 ‘Reunion’ will be live today at 08:00 PM IST on the Free Fire India Official YouTube Channel. Watch the Reunion (Free Fire 4nniversary Theme Song) Teaser to see how all four DJs receive their invites (delivered by Free Fire’s very own pet Falcon!) and dress up to join the party at Free Fire’s 4th anniversary celebrations, donning outfits that their in-game characters are wearing! 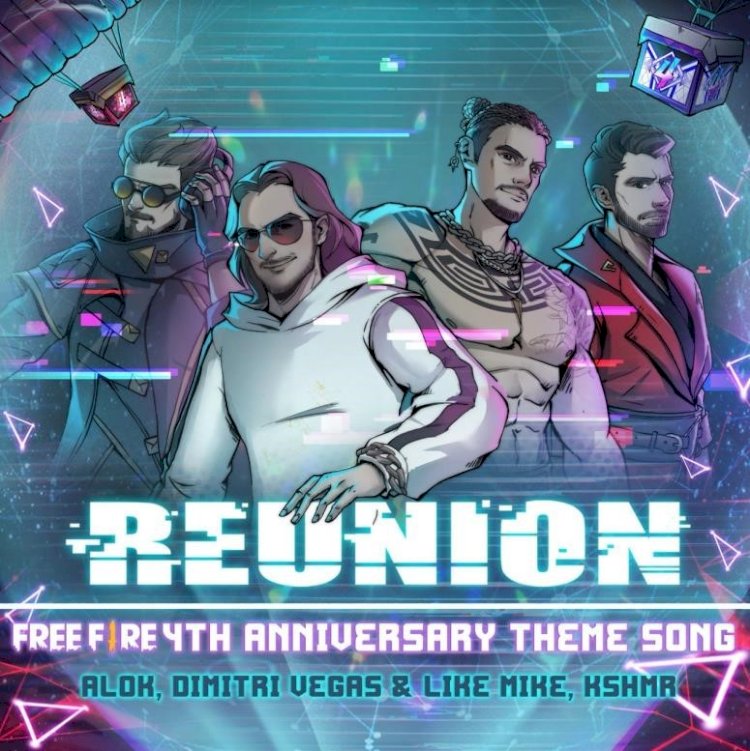 Both Alok and KSHMR have been part of the Free Fire journey in the last few years, producing exclusive songs for Free Fire – with ‘Vale Vale’ and ‘One More Round’ – and being a part of your battles. Some of our players might have used them as characters, teamed up with them, or even been defeated by them! Check this recap video for all the entertainment both DJs have brought to Free Fire.

Join the 4th anniversary celebrations from today, with the in-game party on 28 Aug not tobe missed

Free Fire’s 4th anniversary celebrations – also known as Free Fire 4nniversary – focuses on gathering people together - from players of Free Fire around the world to characters of the game in the Free Fire universe – for a celebration like no other.

Free Fire’s Training Ground has been filled with content exclusive to the game’s 4th anniversary celebrations. A 4th anniversary-themed music party stage has been set up, and players can enjoy the projection mapping and mini game that will be available until 5 Sep 2021. 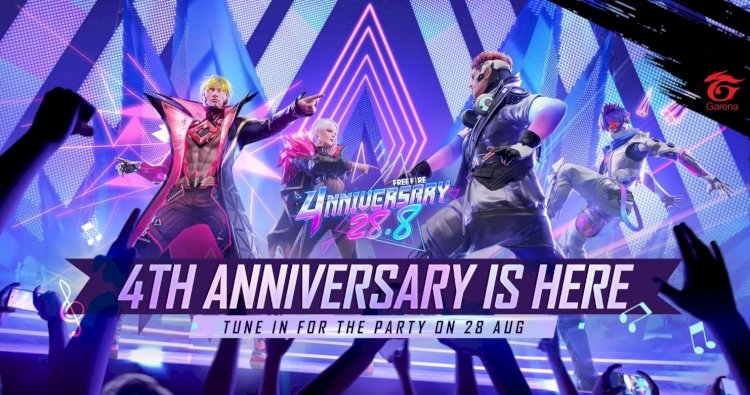 The 4th anniversary in-game mission will be live from 20 Aug to 5 Sep 2021 - so don’t miss it! A special 4th anniversary interface will greet players as they log in to Free Fire, beginning today. Accept the invite by the DJs and stand to receive login rewards, anniversary gifts & daily missions, Memory Jigsaw, Fragment Royale, Memory Album, and take part in the Anniversary Quiz! Also, don’t miss out on unlocking the Free Fire birthday image on the interface to get an exclusive male bundle for free. 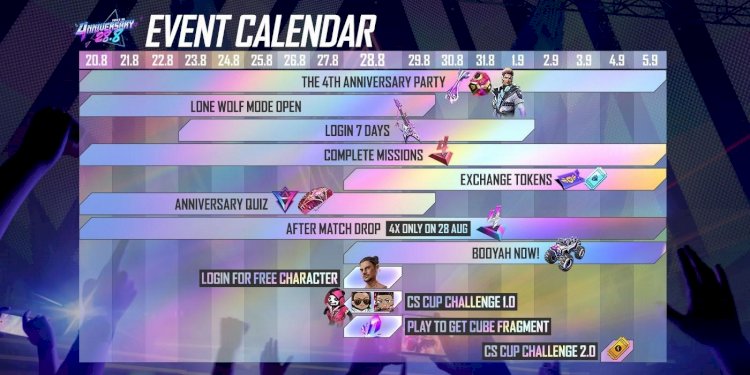 All the celebrations will culminate in the 4th anniversary party taking place in Free Fire on 28 Aug 2021. 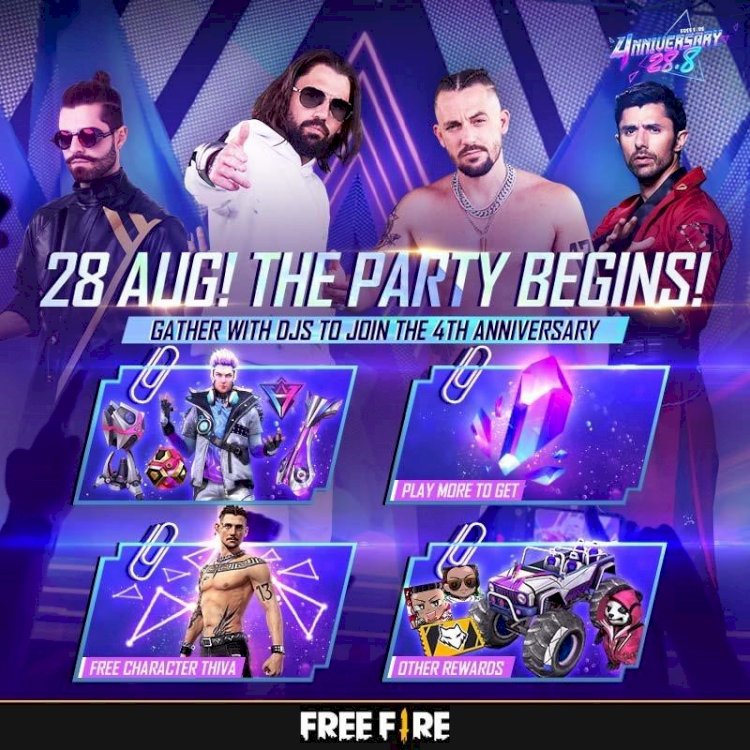 Mark your calendars and invite your friends to join in the party next weekend!

This collaboration combines giants in each industry and places some of the top DJs in the world with one of the top mobile games in the world. The coming together was co-produced with Epik, the leading company connecting brands with video games.