He is likely to replace Kjaerbye within the roster. 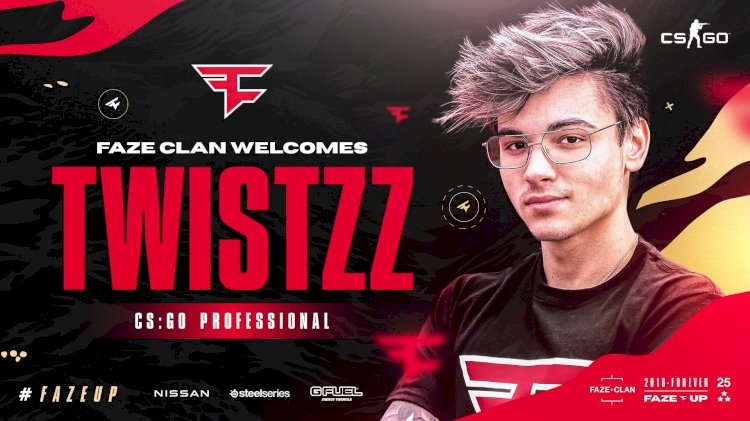 After plenty of rumours since the departure of Russel “Twistzz” Van Dulken from Team Liquid in December 2020. Faze Clan has confirmed his acquisition with an announcement. 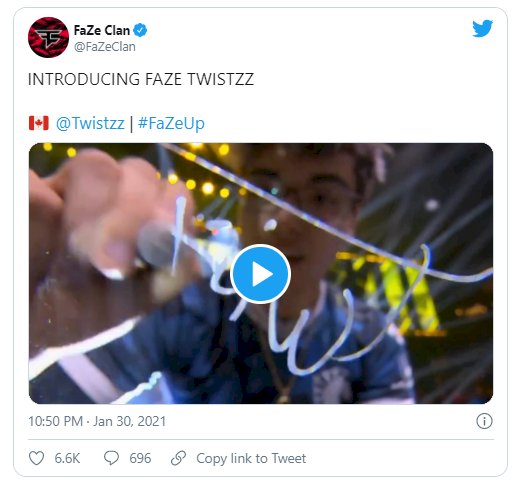 Twistzz originally joined Team Liquid in the year 2017 and has been a vital role of roster's success. However, after beyond 3 and a half years he parted ways with the organisation on mutual terms.

The Canadian-born NA based rifler after playing for the region quite a while, he had wished to play in Europe. With him joining at Faze, apparently his wish comes true.

Faze Clan's star played Nikola "NiKo" Kovač moved to G2 in October. Also, the team lost its coach Janko "YNk" Paunović. Ever since Faze Clan hasn't really achieved anything significant and ColdZera is serving the IGL duties at the moment. However, as Twistzz says in the announcement video that he is excited about a "fresh new start", we believe it will be apparently a new start for Faze Clan as well.

Twistzz will likely take the position of Markus “⁠Kjaerbye⁠” Kjærbye at Faze Clan. An official announcement isn't out but Kjaerbye on his Twitter confirms that he is benched.

The new Faze Clan with Twistzz will participate at BLAST 2021 Spring groups and interestingly, it will face-off against with none than Team Liquid itself who has now FalleN playing in the slot that was vacated by Twistzz.

ASUS launches ROG Academy programme with a aim to build...