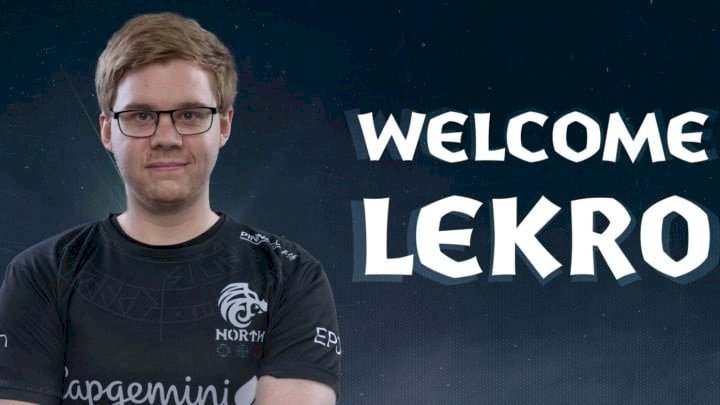 North fills up the slot that was vacated by Kjaerbye by signing of Jonas “Lekr0” Olofsson to the roster. 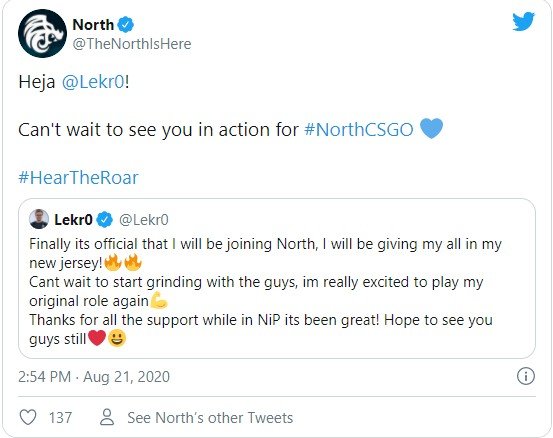 North needed a 5th player to complete the roster after Markus “Kjaerbye” Kjaerbye left the squad in July, who was signed later by FaZe Clan. Lekr0, the one who is known a bit for his skill with Deagle will be stepping in as a rifler, replacing Kjaerbye and his impactful role in North. Lekr0 has served as an IGL in the scene as well, his experience will help boost North in decision making with MSL on the squad.

Before coming to North, Lekr0 fielded Ninjas in Pyjamas for almost two years and Fnatic before that until 2018. His time in NiP started a little sloppy but later he made a switch as an in-game leader was able to pull the Ninjas on the board. Nonetheless, NiP decided to have a dedicated IGL to the roster in May which got Hampus “Hampus” Poser to the roster in order to hone the current roster.

Current North roster will be:

The revamped North will be in action only a few days from now on 25th August at the Nine to Five 3 event.