The Football legend is now inked as the Global Brand Ambassador of the popular battle royale game Garena Free Fire. 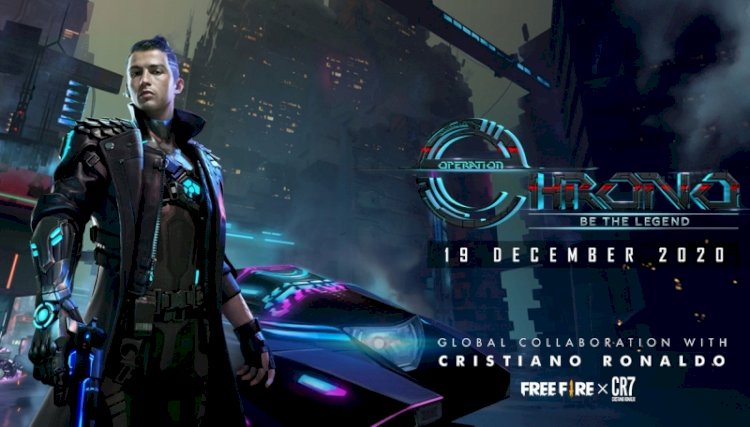 Garena Free Fire acquiring Cristiano Ronaldo as the latest global brand ambassador for the game has its own perks for all the fans. Christiano Ronaldo will be made available as a playable in-game character in Free Fire named Chrono. The character Chrono will play a vital role in the coming event featuring him called Operation Chrono.

“It’s a great feeling having not only a character in Free Fire modeled after me, but also having the whole universe within the game-changing along with it,” Ronaldo said to Garena in a release. “The Garena team has worked into the game tons of new features and elements for Operation Chrono. I hope Free Fire players all over the world are just as excited as I am!”

Garena continues to bring famous personalities in-game of Free Free. Before Ronaldo, the game has seen the inclusion of celebrities like the Bollywood star Hrithik Roshan, the music figure DJ KSHMR, and actors from the insanely popular web-series Money Heist were also seen making their way to the game. freefiremania has reported that the partnership is a timely affair, meaning, it has a start and end date. The Cristiano Ronaldo inspired character arrives in the event Operation Chrono and will be implemented in the Free Fire ecosystem on the 19th of December. Crono will have an ability called "Tuned Shield" which will create a force field that blocks incoming damage and will provide increased movement speed. If the ability is active and the allies are within the force field, they will also be able to take advantage of increased movement speed. However, the ability effects vary depending on the character's level.

Make sure to get Chrono for yourself on the 19th of December.

In Conversation with Nicolas Estrup, Director of Product & Experience at BLAST