C9 has completed its roster once again. 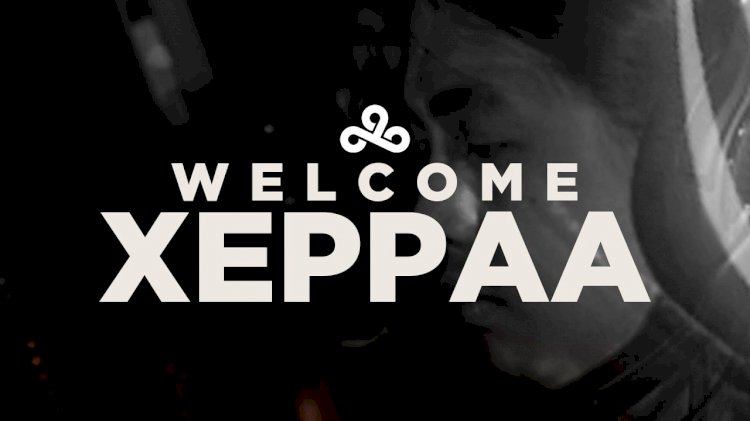 Erick “Xeppaa” Bach is now officially recruited to Cloud9's CS:GO roster as a Rifler, the organisation announced today on their official Twitter account.

Xeppa was former star rifler of Chaos Esports Club (E.C) before the organisation pulled out from the game and dropped the roster on the very first day of this new year. 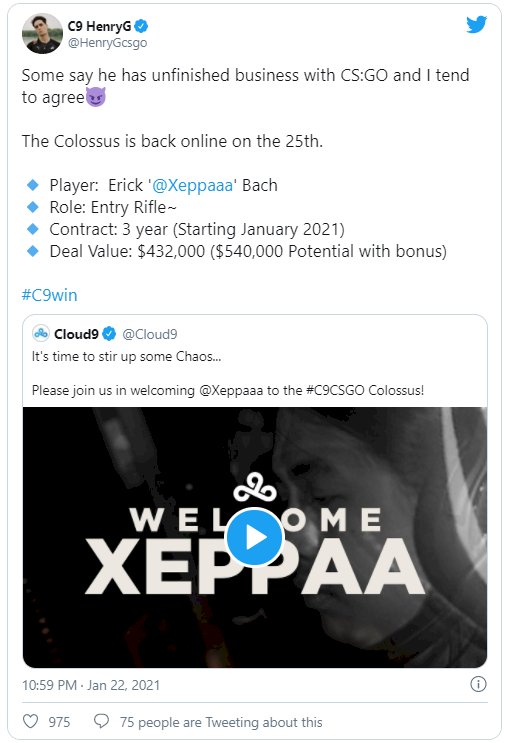 Henry “HenryG” Greer, the general manager for Cloud9 who joined in September last year made C9 one of the first organisations to share their salaries publicly for unprecedented transparency and so Henry has revealed that Xeppa is signed for next three years on a contract at $432,000. However, the rifler qualifies for a bonus that could raise the reward to $530,000.

Xeppa fills the position that was vacated by star AWPer Özgür “woxic” Eker due to ping issues located in Turkey and lack of motivation.

Back in 2020, Xeppa witnessed quite a success with Chaos E.C. The team sat on the throne of the home region of North America. Amidst worldwide lockdown, Chaos competed mostly in regional tournaments and generated heavy winnings in the year than what the organisation had won altogether combined in past years. Xeppa and the boys at Chaos E.C also won some renowned titles such as IEM Beijing NA and DreamHack Winter NA.

The Cloud9 CS:GO player roster looks complete but not to forget, C9 is still without a coach after Aleksandar "kassad" Trifunović departed towards the end of last year.

Garena bans over 30 million accounts in Free Fire for hacking over the course of...