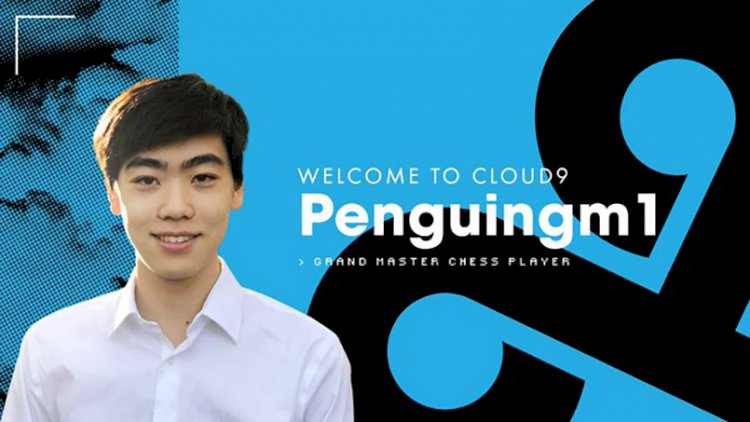 North American esports organization, Cloud9 has ventured into competitive chess field after the recruitment of one of the best Chess Players in the world Andrew ‘penguingm1’ Tang who will now represent Cloud9 in competitive chess tournaments.

Andrew ‘penguingm1’ Tang at the age of 20, is the one of the world’s best ‘Ultrabullet’ and ‘Hyperbullet’ competitive chess player in the world, taking down some of the best Chess AI’s in the world. Cloud9 in the release stated that penguingm1 is “three times chess national champion, he comes in the top 5 bullet player list and has won hundreds of chess games against Magnus Carlsen who is the current World Chess Champion. 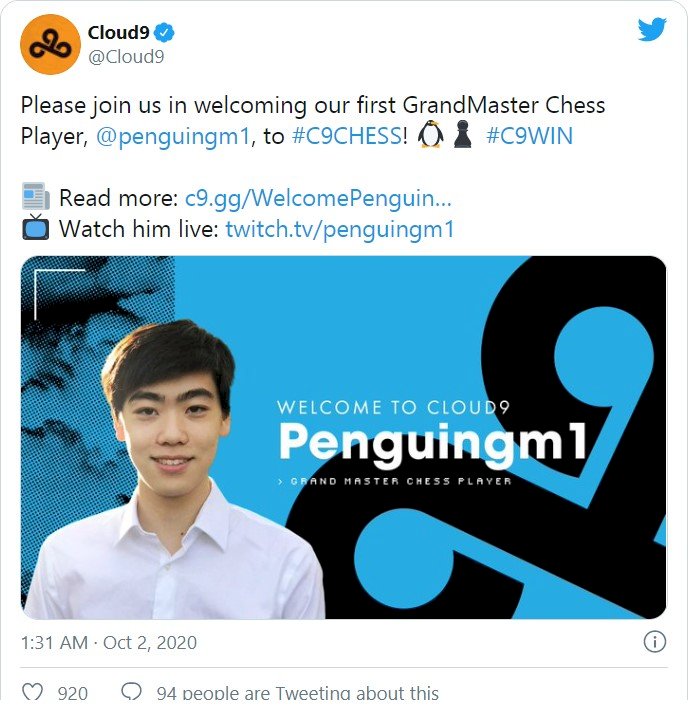 "By the age of 18, penguingm1 had already achieved the rank of grandmaster, as recognized by the International Chess Federation. If that wasn’t enough, penguingm1 also earned the #1 ultrabullet rank on lichess while playing blindfolded".

Penguingm1 is also a Twitch streamer who streams himself playing Grandmaster Chess at a faster pace and currently a student at Princeton University.

Competitive Chess has been lifting off recently especially on Twitch. Since offline events are not possible now cause of the Covid-19 pandemic many tournament organizers have shifted to Online execution of the event and live-streaming it on Twitch – a great example of this is Chess.com. During the live stream there almost 10,000 concurrent viewers every time. Chess community is massive and is growing exponentially. Esports organizations investing in a traditional game like Chess which has existed for decades is something very interesting and can help the community and players grow at a faster pace.

BLAST to host its first Apex Legends event with 40 teams...

85 countries are set to compete in IESF Esports World Championship...

Fall Guys Season 2 begins October 8th and it is full of...