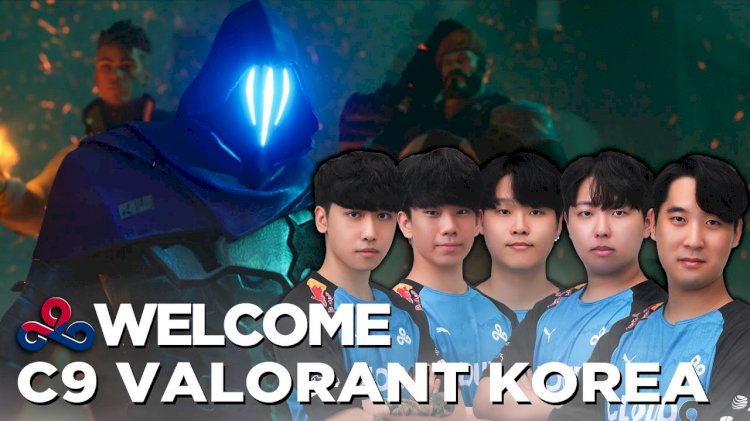 The game that is been quite a buzz lately which is climbing charts in terms of viewership and a lot of teams are arising in to compete professionally into the scene of this particular game, it is called Valorant.

Plenty of us are already familiar with Valorant already, after 100T rebuilding their roster around Nitro and Hiko, this is Cloud9’s attempt to have a secondary roster of their own. 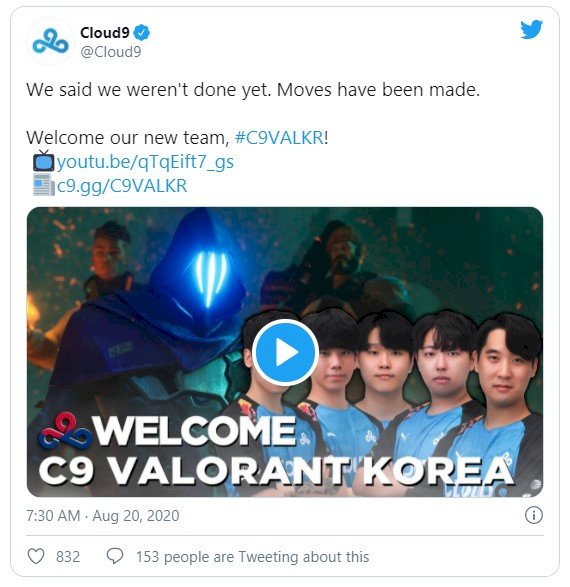 The players that have been signed are mix-bag of former Overwatch and Battle Royale players.

The roster will highlight two of the former Overwatch players Byeon “Munchkin” Sangbeom and Park “Bazzi” Jun-ki joined by former PUBG player Kim “DoYa” Do-gyeong. The final two pieces will include an Apex Legends player Yoo “Moothie” Seung who played competitively from DeToNator Korea and Kang “Try” Tae-wook who last played Overwatch League as well. The charge of this team will be led by Yoon “Autumn” Eu-ddeum as a coach who comes from PUBG background.

Cloud9 manager Robin Lee added a few words on this acquisition “With VALORANT esports seeing continued growth, we wanted to increase and broaden our involvement in the scene. Cloud9 has been invested in the Korean esports scene for quite some time, and we saw another opportunity to further support Korean esports in VALORANT. We believe these five players and coach Autumn will fit very well into our new cultural paradigm, as well as our competitive principles and drive for success”

This is the secondary roster of Cloud9 which is made by a vision of this particular roster to be competing at a regional level. It will be interesting to see when this secondary Korean C9 roster faces-off with the primary roster of the organisation.