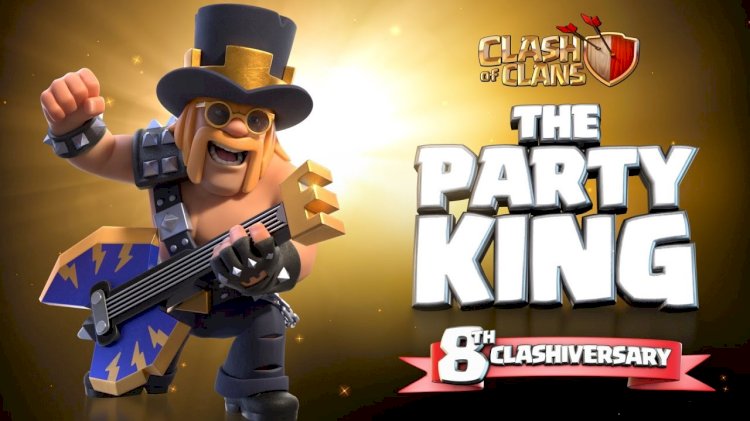 Clash of Clans was launched on 2nd August 2012 and is on a successful run since then. Clash of Clans is celebrating its 8th Clashiversary with a bang. They introduced a new outfit for the Barbarian King called the Party King on this occasion, you can unlock the Party King outfit for the Barbarian King by purchasing the Gold Pass and completing challenges throughout this month. To unlock it, you have to complete a series of challenges and reach the end of the Gold Pass track, which requires completing 2600 Challenge Points. 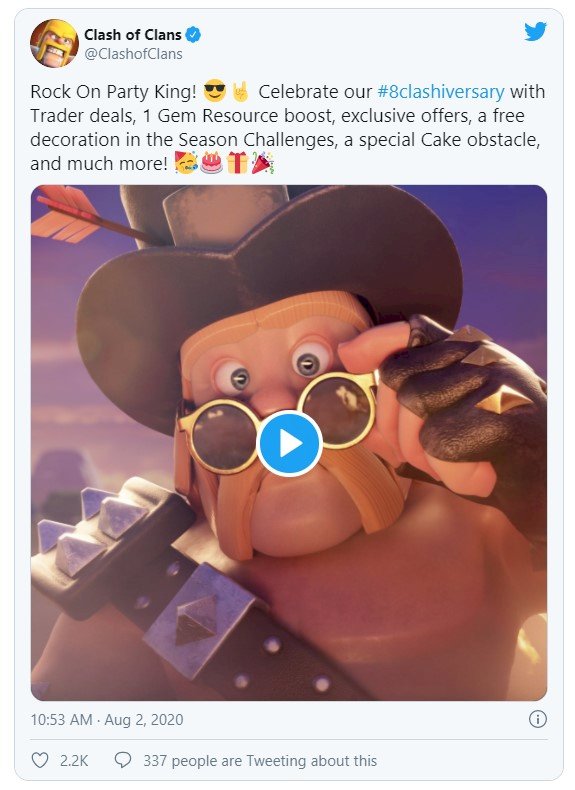 Usually, there are three daily challenges: Obtain a star from a Multiplayer Battle; Obtain a star from a Versus Battle and donate a total of 15 Housing Space worth of troops. Upon completion of these daily tasks, you will receive 20 Challenge Points. Collecting them daily is the best way to reach the final tier of the track.

Also, there are seasonal challenges that can be completed throughout the month, You will need more time and effort in it, such as destroying 1000 multiplayer buildings and knocking out 250 levels worth of Barbarian Kings in Multiplayer Battles. Each week six new challenges will be unlocked in the entire month

As the new season is clashing with the 8th Clashiversary, Clash of Clans decided to offer the Silver Pack to all players for free, which will reward “A Piece of Birthday Cake” statue, you just need to achieve 80 challenge points to receive this statue.

We have seen a trend, as this is the second themed hero skin in Clash of Clans, following Party Wizard last august. This might be repeating for every Clashiversary. The wizard came out as a singer, while the Barbarian King is displayed as a guitarist, we might soon receive party skins for the other heroes as well. Supercell hasn’t announced any other Celebrations yet, but they mostly accompany it with one gem boosts, store discounts and, other things.