Charanjot wins lion's share of INR 25,000 and a ticket to Mega LAN Finale in December. 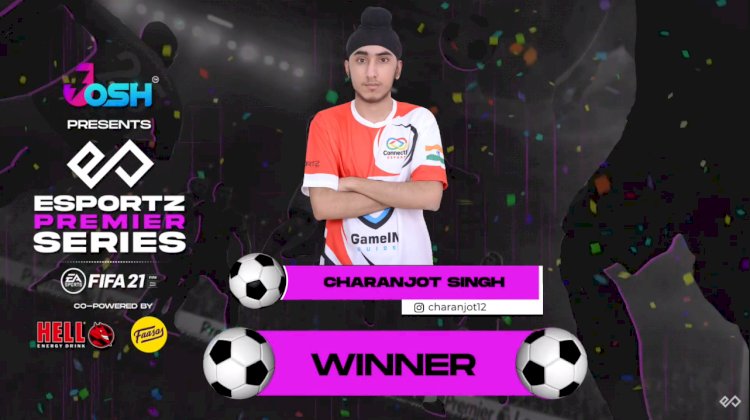 The First Online FIFA 21 Qualifier commenced just over a week ago and participants from all across India came in from open registrations. Players of all races and locations bonded together for nine days of non-stop FIFA 21 action which concluded declaring Charanjot Singh (CJ) to be the undisputed Champion of the country. The Qualifier featured a total prize pool of INR 50,000 for the taking, of which Charanjot secured the largest share of INR 25,000 cementing first place. Saransh Jain came in second with INR 15,000 in winnings while Aditya Chadha walks away with INR 10,000 at third place. Also, the Qualifier winner - Charanjot Singh has secured a slot for the Mega LAN Finale in December.

Saransh Jain puts Charanjot to test in the Grand Finale: 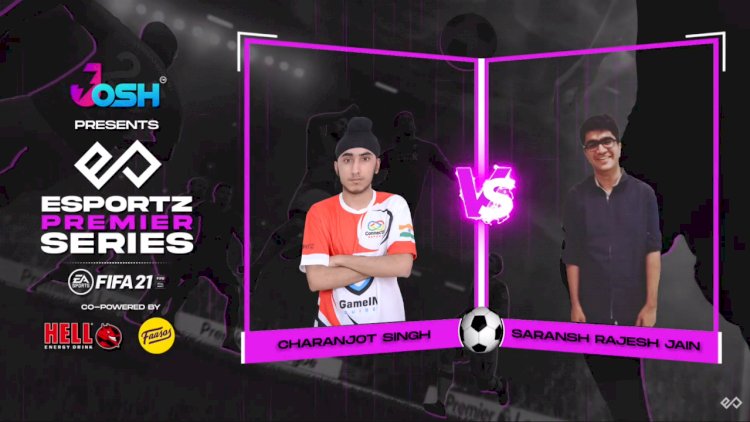 Despite the open registrations, the Grand Finale of First Online FIFA 21 Qualifier of Esportz Premier Series 2021 couldn't ask for anything better. The believed number one and number two FIFA Players of the country faced-off once again to make it a grand affair. The Grand Finale was a Best-of-Three. Although, Charanjot Singh had a 1-0 advantage due to reaching the Grand Finale via the upper bracket. Charanjot had to win only one game while Saransh needed straight two games in favour to clinch the Championship victory. 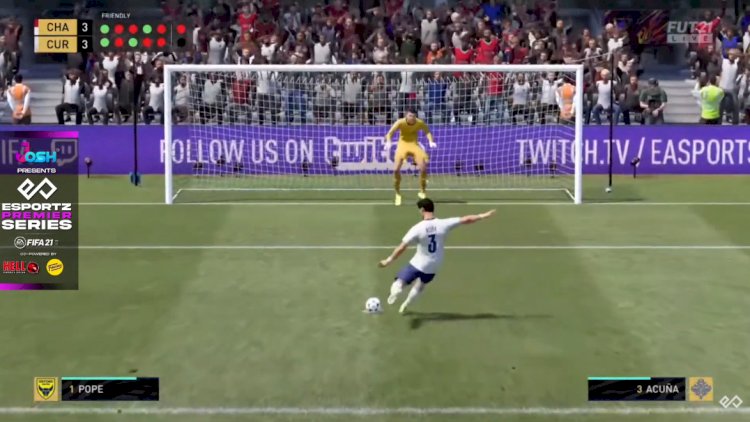 The first leg of the first game witnessed Saransh lead with a 2-1 scoreline, however, scores were settled by Charanjot in the second leg equalling to 4-4 heading towards the 90 mins mark. Due to a tie, another 30 mins were granted for Golden Goal but the neck-to-neck tight match-up didn't see anybody score. The game was sent to Penalties where Saransh, the 5 x National Champion finally edged CJ over to get a 4-3 win.

Moving into the third and the decider match of the Best-of-Three and this Qualifier, CJ took the matter into his own hands.

CJ, the first-ever Indian to qualify for EA's Broadcast event and the 8 times National Champion dominated the first leg with a clean 5-0 and a cumulative scoreline of 7-1 to become the First Online FIFA 21 Qualifier Champion.

This marks the end of Chapter Two of India's Year Long Esports Championship. There is one more FIFA 21 Qualifier bound to be happening very soon, stay in touch with us through our Instagram and Official Website. The Third Chapter of Esportz Premier Series is the Second Online Qualifier of Free Fire, Registrations for the same have already started here.

Israel to host first of its kind Competitive Esports Leagues to boost Esports in...

CSSPA In Talks With Tournament Organizers On Returning...