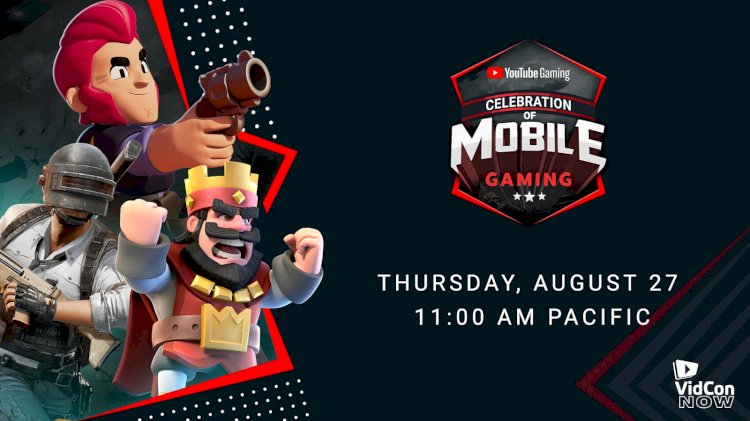 We learnt that YouTube announced a mobile tournament titled “Celebration of Mobile Gaming” where seven content creators will be brawling in games such as Brawl Stars, PUBG Mobile and Clash Royale.

Mobile gaming is taking over #VidConNow! Join us on 8/27 at 11 AM PT as Creators battle it out in Brawl Stars, Clash Royale & PUBG Mobile to win $50k for the charity of their choice. https://t.co/oWvWtjfxq6 pic.twitter.com/33GQTzKb8n

The motive behind the event is it's for charity in which we will have seven gamers competing for $50,000, only to go to a charity of their choice.

The participating creators are Clash with Ash, Orange Juice Gaming, KairosTime, Medalcore, Lex, Her Gaming and Powerbang Gaming. The event will be on the VidCon YouTube channel day after tomorrow - August 27th at 1 pm CT and the prize funds will be utilised for various good causes.

In recent times, we have seen a substantial rise in the viewership count in the mobile gaming sector. To note, PUBG Mobile streamers from India like MortaL and Sc0utOP garner 100,000+ concurrent views often on their YouTube streams.

Ryan Wyatt, Head of YouTube Gaming added in a tweet about how YouTube is doing good lately in the Live Gaming segment, “We’ve been making some significant strides on the Live Gaming front here at @YouTubeGaming. It’s good to see a handful of creators consistently pull 100K CCU+ every time they go live on YouTube (Scout, Mortal, DrDisrespect, Pewdiepie, Jacksepticeye, etc.). So much more to come!”.

The cold statement that rises around every now and then about it's still “mobile gaming”, this exclusive tournament restricted only for the mobile creators of YouTube might be able to show how much potential does the mobile gaming space actually has.

Report: Nintendo to release next-generation of Switch console in 2021