One of the things that Season 2 is packing. 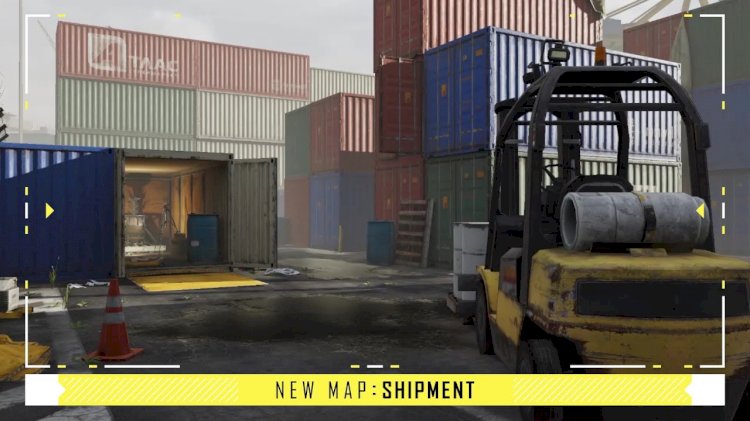 Originally, the Shipment map of Modern Warfare was revealed for Call of Duty: Mobile back in 2019. However, the map is making a return and the 2021 version of it is revamped to give it a present-day look and has the addition of containers and a forklift. There might be more to it, but these two are something we can point out from the given glimpse on the official Twitter. 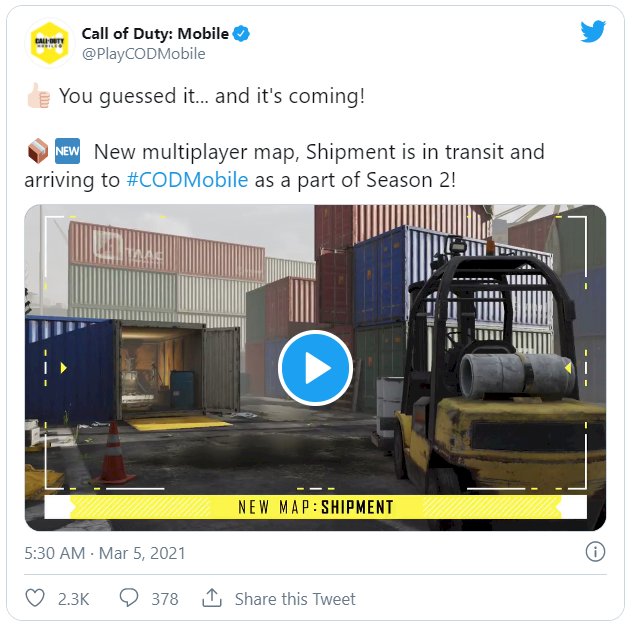 The new map will be a part of the season 2 update which will go live at 6 PM CT on the 10th of March. As per the in-game timer, the on-going season is set to end on March 9th at 6 PM and there will be a 24-hour break between the two seasons.

This is not the only Modern Warfare map that is coming to season 2, there's one more map as of now called Shoot House which was revealed last month. 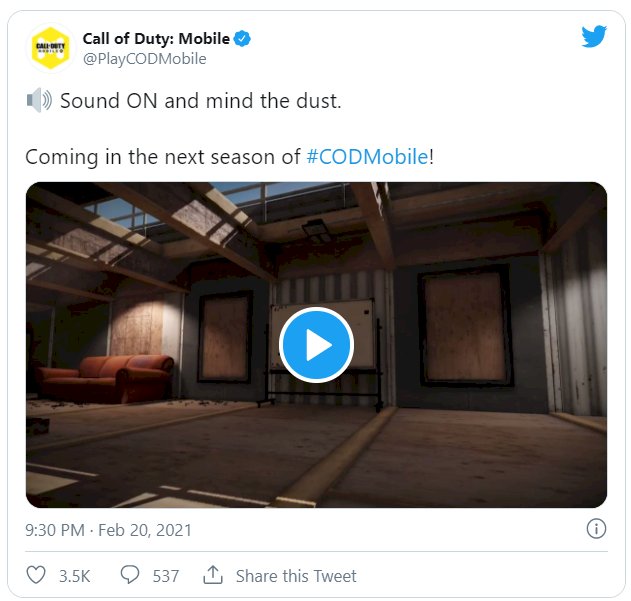 Apart from the maps, a new battle royale mode called Tank Battle and battle royale class called the Spotter are tipped to be included with an all-new vehicle The Cargo Truck.