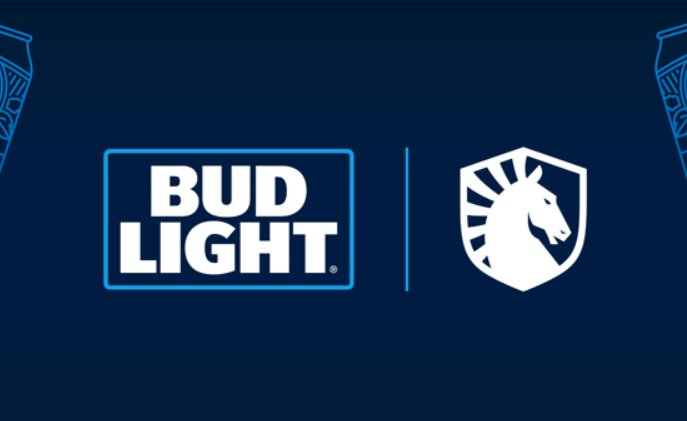 Team Liquid, the North America based organisation is now sponsored by Bud Light for its League of Legends roster.

Team Liquid and Bud Light are coming together on initiatives like fan activations and 'Bud Light League Longue' which is a weekly show featuring professionals from the Leauge of Legends Championship Series (LCS). The show is bound to be streamed on the 21st of February on the official Twitch Channel of Bud Light. 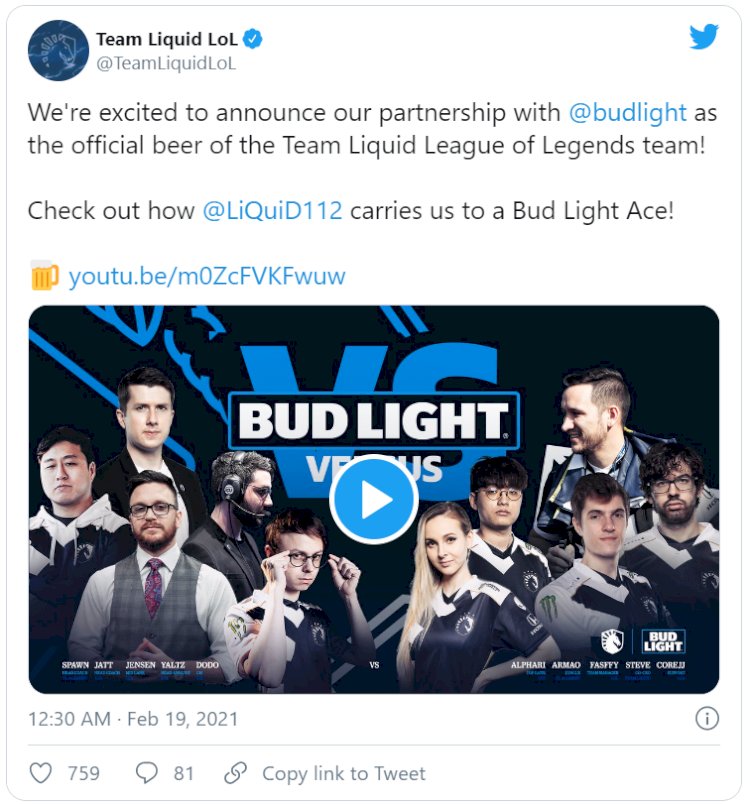 'Coaching After Dark' will also be introduced which will be a four-episode series based around Team Liquid's LoL coaches and talent doing 'chalk talks' and reveal insightful information revolving around strategy for two upcoming professionals.

Joe Barnes, Director of Sports Marketing & Head of Esports and Gaming at Bud Light, said: “As Bud Light continues to grow in esports & gaming, partnering with a top tier organisation like Team Liquid is a natural fit. We look forward to bringing new content and experiences to the fans throughout the LCS season.”

As a part of the deal, Team Liquid talents and content creators will be seen on Bud Light's Twitch channel for the coming year.

Steve Arhancet, Team Liquid Co-CEO, added: “We’re big fans of how Bud Light continues to make an impact within the space. So, let’s kick things off, tailgate with our fans and bring them closer to our League team – as we compete for another championship!”

Bud Light is been increasing its esports integration as time is passing by, previously the brand has already partnered with Overwatch League, Magic Gaming, Fnatic, NBA 2K League, and LCS.

Sony to integrate Discord within PlayStation Network in...