Boston Uprising is giving themselves a new shape in the offseason. 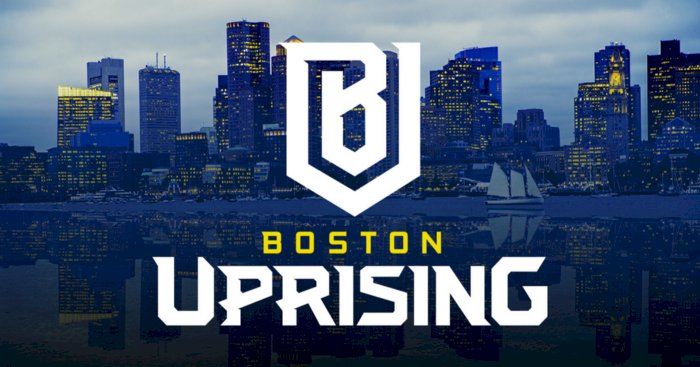 The offseason shuffle continues for the OWL teams and so does for Boston Uprising. Only a week ago Boston Uprising dropped Jerry which came as a shocker to most of the fans. In the rebuilding process the organisation is making a few changes to the roster:

In the last 2019 OWL season, im37 fielded for Toronto Defiant and the player is known for speedrunning the Path to Pro, just after a week of stay in Overwatch Contenders to directly to the league. However, the pro was dropped by the Toronto Defiant, he was picked by Contenders Korea team WGS Pheonix on a loan basis from Boston's 'Uprising Academy', the academy team. WGS Pheonix also emerged victorious in the recent times at the second season of Contenders in the region. 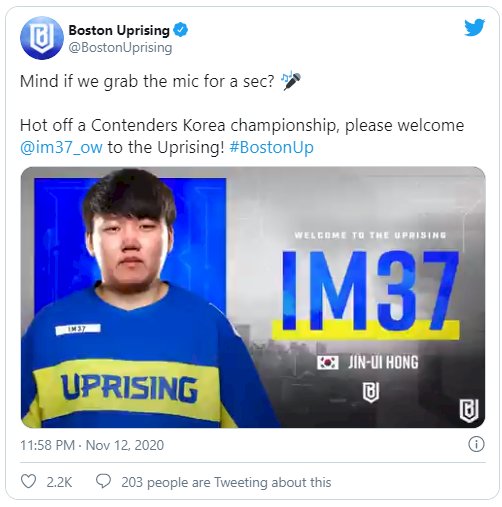 Another player who is continuing his run for the third year in a row with the Boston Uprising is the hitscan Colourhex. The player is confirmed to serve for the coming 2021 year under the same banner.

This offseason shuffle has let down a lot of people, with that said, the organisation has decided to release Axxiom as well. The main tank was away from the battlefield for most of the 2020 season because of medical concerns.

Boston Uprising finished the last place in the 2020 Overwatch League season. It will be interesting to see how much efficient this revamped lineup will be in the 2021 season.