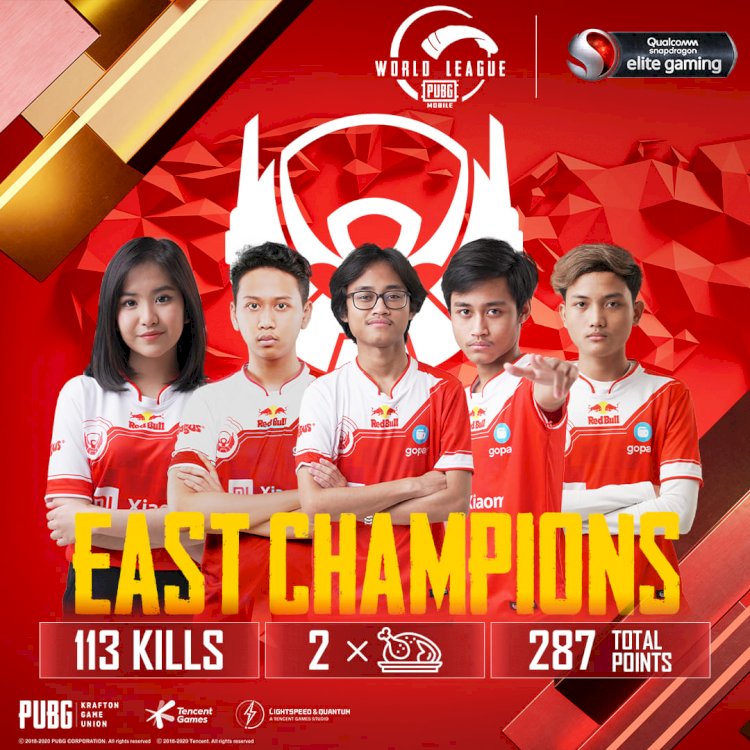 PMWL East Finals saw dramatic gun-battle action between the top tier teams from the east zone across various maps such as Erangel, Miramar, Sanhok, and Vikendi. Indian teams displayed multiple astonishing performances on the final day and the League finals concluded with Bigetron RA winning the championship, followed by Orange Rock with a very close margin. A total of 16 teams battled against each other for the ultimate title and for a whopping prize pool of $425,000.

In just a span of four days, a total of 24 games were played in the PMWL East Finals season one. Bigetron RA won the league, by leading the point table with a total of 287 points and two chicken dinners. They were followed by India’s Orange Rock and RRQ Athena who had 278 and 276 points respectively. Box gaming kept jumping places on the leaderboard and didn’t manage to survive in the top three.

While in the second game, BTR’s Ryzen single-handedly managed to wipe Orange rock out of the game, which in turn stopped Orange Rock from breaking into top 3 in the second map, But they were already prepared to take the final day by storm and had no intentions of stopping by.

In match 3, as BTR had an early exit, it was the only time for the other teams to show their presence and quickly climb the leaderboard to several places. Orange Rock went against all the odds to grab a central position in the zone in which they succeeded and which resulted in their triumph over the other teams.

In match 4, Orange Rock had an unfortunate exit while rotating in the zone, which shook the viewers and the Indian fans, but BTR grabbed this opportunity and managed to finished second which increased the gap between them.

In the last map, the clash of the titans took place and everyone was battling with their heart’s content. The likes of BTR, RRQ, and Orange Rock thrived to stay in the game as they were battling for the top position, but BTR was left with just one member and Orange Rock was wiped by T1, which shattered the dream of the Indian fans. BTR won the league, but Orange Rock won the hearts, as Orange Rock became the first Indian team to secure a 2nd spot finish in an international tournament.

Later that day, scout announced, “he won’t stop playing competitively until he brings the trophy to India”.

The Grand Finals kill leaders of Day 4 and the overall kill leaders in the PUBG MOBILE World League East! #PMWL

TSM Entity’s Jonathan gleamed on the kills leaderboard with 14 kills on the final day. As we all know, Jonathan is often regarded as one of the best players the world has ever seen. He was also the MVP of Week 2 and Week 3.

T1 ZZP took 13 kills and is on the second position. T1 took maximum kills on the last day registering 32 kills in the process. T1 climbed up from 11th to 7th position in the overall rankings.

Meanwhile, BTR's attacker Ryzen was third with 12 kills, showing surreal gameplay in the Vikendi match, where he clutched against Orange Rock and churning out 1200 damage. He was also leading in the overall MVP leaderboards till the last game.

RRQ Beer11 made it to the top kill leaderboards with 11 kills. He is also one of the most consistent players throughout the league.

T1 Sayden, another player who made it to the top 5 of the kills leaderboard with 11 kills, his performance helped T1 gain 72 points on day 4 and finish the tournament in 7th place with 89 kills and 134 points.

This marked the end of the PMWL FINALS Season one.