‘BGMI GAMING MASTERS’ by JioGames & MediaTek garnered over 6.58 MN views throughout the tournament

10,000+ participants contested in the tournament for a total prize pool of INR 12.5 Lakhs 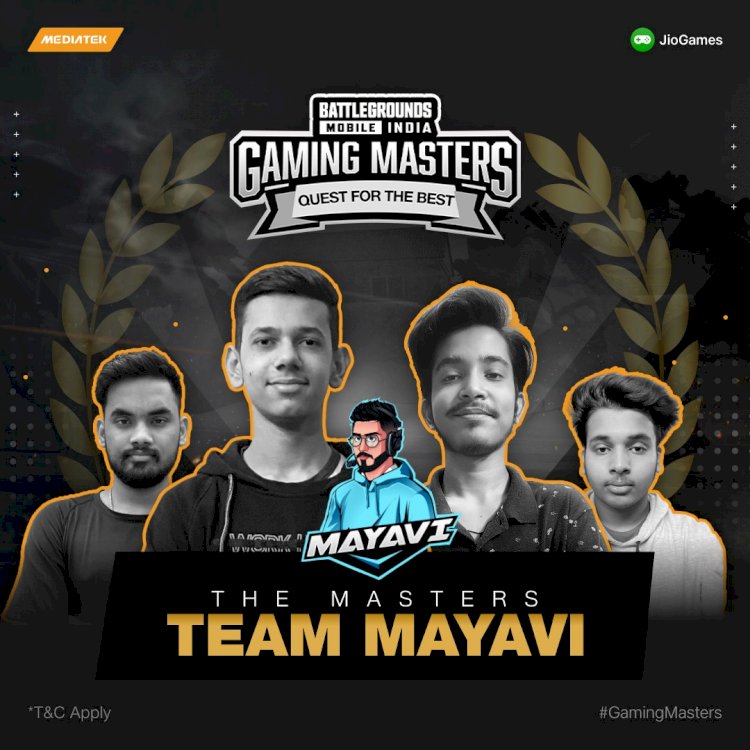 The long-term partnership and collaboration between Jio and MediaTek, the world’s fourth-largest fabless semiconductor company, to revolutionize online gaming in India, has completed yet another successful esports tournament featuring the immensely popular game title, BATTLEGROUNDS MOBILE INDIA (BGMI), targeting both casual and professional gaming enthusiasts as a whole.

BGMI Gaming Masters – with the prize pool of INR 12.5 lakhs – commenced on October 30th 2021 and received an overwhelmingly positive response from the BGMI community in the country. From over 50,000 registrations across the country, 10,000+ participants proceeded in teams to the qualifiers where all casual gamers and aspiring esports players fought hard to make it to the next stage. The other leg of the competition was the invitational segment where 32 professional teams were invited to level up and raise the stakes of the competition.

The 50-day esports tournament came to an end on 9th January 2022 as millions of viewers tuned in to see Team Mayavi emerge as the winners of BGMI Gaming Masters. TMxNakul from Team Mayavi came up as the MVP of the entire tournament.